Regina King is set to star in HBO's upcoming "Watchmen" series alongside Don Johnson and others. File Photo by Christine Chew/UPI | License Photo

Don Johnson attends the premiere of "Book Club" on May 6. Photo by Jim Ruymen/UPI | License Photo

May 24 (UPI) -- Regina King, Don Johnson and more have been cast in HBO's pilot of Watchmen, a new series from screenwriter Damon Lindelof that is based on the famed graphic novel of the same name.

Joining King and Johnson in the superhero drama is Tim Blake Nelson, Louis Gossett Jr., Adelaide Clemens, and Andrew Howard. The details about their characters are being kept under wraps.

King, who previously starred on HBO's The Leftovers which was co-created by Lindelof and Tom Perrotta based on Perrotta's novel of the same name, will be taking on the lead role.

Lindelof, who is developing the series, is executive producing with Nicole Kassell who will be directing the pilot, and Tom Spezialy.

The pilot is HBO's second attempt at developing a show based on the DC Comics property that features characters such as Doctor Manhattan, Nite Owl, Silk Spectre and Rorschach investigating the murder of one of their own before uncovering a dark conspiracy.

Lindelof is a fan of the 1986 Watchmen comic book by Alan Moore and artist Dave Gibbons. He recently announced on Tuesday on Instagram that his Watchmen series will not be a re-telling of the story and will feature new characters set in the same world.

Watchmen was previously adapted into a feature film by director Zack Snyder in 2009.

TV // 3 hours ago
Kate Winslet: 'Mare of Easttown' is 'nothing like me'
LOS ANGELES, April 16 (UPI) -- Kate Winslet plays a small-town Pennsylvania detective in the HBO series "Mare of Easttown." The Academy Award-winning British actor said her character, Det. Mare Sheehan, is different from her in many ways.

TV // 17 hours ago
'Shadow and Bone' cast and crew build world in behind-the-scenes video
April 15 (UPI) -- "Shadow and Bone," a new series based on Leigh Bardugo's Grishaverse novels, will premiere April 23 on Netflix. 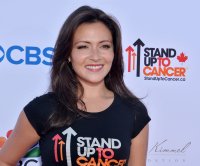 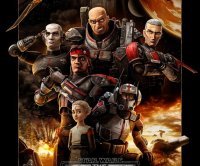 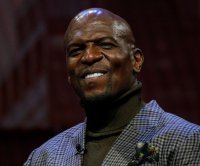 TV // 21 hours ago
Terry Crews on new marriage audiobook: 'You are stronger together'
April 15 (UPI) -- Terry Crews discussed his new audiobook on marriage titled "Stronger Together" that he created with his wife Rebecca King Crews while appearing on "Jimmy Kimmel Live."