May 15 (UPI) -- Fashion design reality series Project Runway is returning to its original network Bravo for Season 17 after appearing on Lifetime since 2008.

Bravo network star Andy Cohen made the announcement Monday at the NBCUniversal Upfront event in New York City and on Twitter. "Project Runway is coming back where it all started, it's coming home on Bravo," he said.

Project Runway is moving back to Bravo through an agreement by Bravo Media and Lantern Entertainment whose bid to acquire assets of The Weinstein Company was approved in Delaware bankruptcy court on May 8.

The Weinstein Company, which helped produce Project Runway, filed for bankruptcy in February after it failed to negotiate a sale of the film studio, which was founded by disgraced Hollywood producer Harvey Weinstein and his brother Bob Weinstein.

#ProjectRunway is coming HOME to @Bravotv!!!!!

"We are beyond excited to reboot Project Runway at the network where it all began. Leaning into the creative process in an entertaining way has always been part of Bravo's DNA, and Project Runway perfectly captures that," said President of Lifestyle Networks, NBCUniversal Cable Entertainment Frances Berwick in a statement. "This franchise will be an important cornerstone to complement Bravo's original premium scripted and unscripted slate, and we expect it to drive the same level of fan-dom and passion as we experienced last time it was on Bravo." 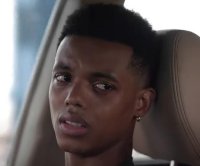 TV // 4 hours ago
'Bel-Air' teaser reimagines 'Fresh Prince' series as a drama
Jan. 26 (UPI) -- Newcomer Jabari Banks has his life flipped-turned upside down in the new teaser trailer for "Bel-Air," a dramatic reimagining of "The Fresh Prince of Bel-Air."