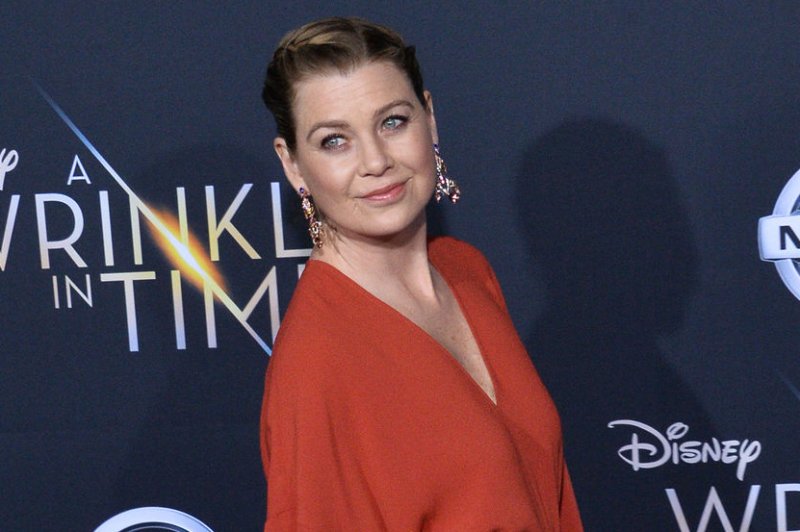 Sarah Drew attends the Los Angeles premiere of "Same Kind of Different as Me" on October 12, 2017. File Photo by Jim Ruymen/UPI | License Photo

"Leave it 2 @sarahdrew our hearts we're breaking for her one minute & the next she's making us smile as wide as the ocean. #warriorprincess," she wrote.

"This is thrilling. We are so happy for you @sarahdrew and can't wait to watch!!!" Vernoff tweeted.

"Congrats @sarahdrew! Gonna go from seeing your face every day at #GreysAnatomy to watching your work once a week on #cagneyandlacey #MuchLove," George wrote. "Working with another great actor and friend @ItsMichelleHurd. Congrats to you, too, Michelle!"

"I am SOOOOOOOOO excited for this and cannot WAIT to watch!!!!!!!" Luddington added.

Leave it 2 @sarahdrew our hearts we're breaking for her one minute & the next she's making us smile as wide as the ocean. #warriorprincess https://t.co/dOWfCLc3e3

Pompeo, who plays Meredith Grey, responded to "angry" fans Sunday following news of Drew's impending exit. Pompeo said Drew and Jessica Capshaw, who will also depart after Season 14, "would not approve of all this nastiness."

"They both are super shiny happy people," she said of Drew and Capshaw, who portray April Kepner and Arizona Robbins. "I know you're angry but you're representation couldn't be farther from who these women actually are."