The television personality announced in December that she's expecting twins. 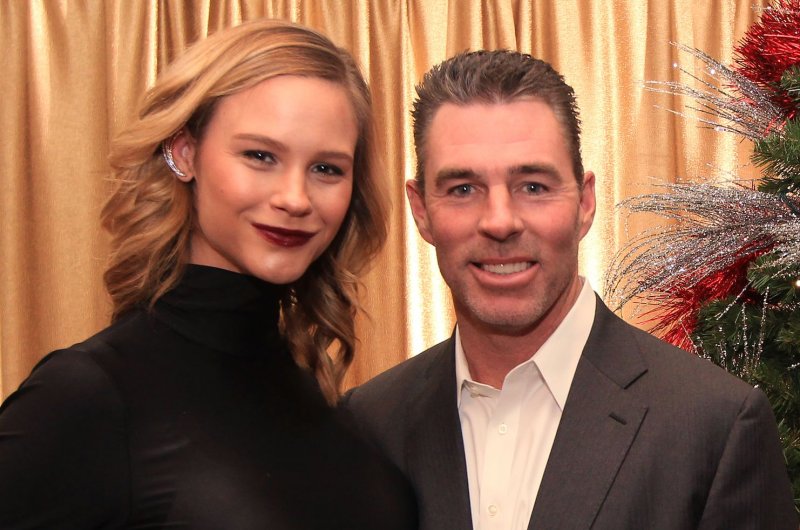 The picture shows Edmonds posing in a veil and lingerie against a floral backdrop. Beyoncé posted a similar image in February 2017 to announce she was expecting twins with husband Jay Z.

Beyoncé and Jay Z welcomed daughter Rumi and son Sir in June. The singer's pregnancy announcement was the most-liked photo on Instagram for months, and had received over 11.2 million likes as of Friday morning.

If I can’t be Queen Bey I’ll settle for King Edmonds #twinscomingsoon #imitationisflattery #thisIsNotMyMaternityShoot —————————————- Incredible photos and shoot organized by @heathermohrphotography #stlouismaternityphotographer fresh flowers by @awildflowershop makeup by @mwmakeupdesigns and hair (all those clip-in extensions!) by @salonmarosie (all your Stl needs!)

Edmonds and Jim, who married in October 2014, already share 15-month-old daughter Aspen. The television personality announced her second pregnancy in November, and said the next month that she's expecting twins.

Edmonds is known for starring on the Bravo series The Real Housewives of Orange County, but left the show in January.

TV // 1 day ago
'The Good Fight': Paramount+ series to end with Season 6
May 27 (UPI) -- "The Good Fight," a legal drama and spinoff of "The Good Wife" starring Christine Baranski, will conclude with a sixth and final season.

TV // 2 days ago
'Horizon Zero Dawn' series in the works at Netflix
May 26 (UPI) -- Sony confirmed that PlayStation video games "Horizon Zero Dawn," "Gran Turismo" and "God of War" will be adapted as TV series.
Advertisement

'Glee' alum Matthew Morrison exits 'So You Think You Can Dance'