Jennifer Connelly is set to star in a TNT drama based on the 2014 film "Snowpiercer." File Photo by Jim Ruymen/UPI | License Photo

"Set seven years after the world has become a frozen wasteland, Snowpiercer centers on the remnants of humanity, who inhabit a gigantic, perpetually-moving train that circles the globe," a synopsis said. "Class warfare, social injustice and the politics of survival are questioned in this riveting television adaptation" of the 2014 film.

Among the producers on the project are the original movie's writer-director Bong Joon Ho, and producers Park Chan-wook, Lee Tae-hun and Dooho Choi.

"I'm a personal fan of Bong Joon Ho's epic film, and jumped at the chance to honor his original vision, yet expand upon the world and characters with a diverse, award-winning cast," Sarah Aubrey, executive vice president of original programming for TNT, said in a statement. "Science-fiction is the perfect genre to examine issues of race, class, gender and natural resources with thought-provoking and exciting storytelling. Snowpiercer will explore those relevant issues while embarking on a wild, action-filled ride." 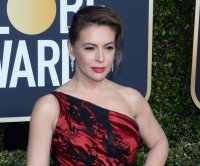 TV // 15 hours ago
Alyssa Milano says Tony Danza will take care of her kids in new 'Who's the Boss?'
Oct. 27 (UPI) -- Alyssa Milano discussed the in-development reboot of "Who's the Boss?" and what fans can expect to see on the series while appearing on "The Drew Barrymore Show" on Wednesday. 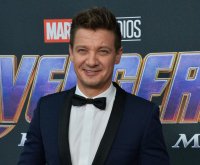