'Bachelor Winter Games': Clare and Benoit get engaged on finale 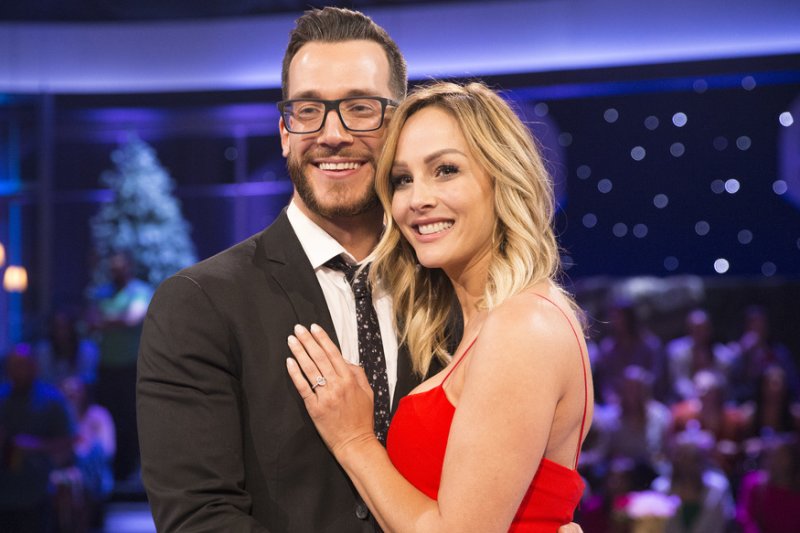 The special episode, The Bachelor Winter Games: World Tells All, saw Crawley accept Beauséjour-Savard's surprise proposal after reconnecting with him via phone after he left the show in Episode 2.

"It's overwhelming, it's crazy," Crawley told People. "Going on these Bachelor shows is a huge risk and you don't know the outcome. It's scary, but it's a risk that you have to take to get the good in the end."

Beauséjour-Savard said he reached out to Crawley after his departure. He had exited the show due to Crawley's feelings for fellow contestant Christian Rauch, but the pair's romance ultimately didn't work out.

"It didn't happen, so she just called me and from there, it went better and better, and we spent hours and hours each and every day talking to each other," Beauséjour-Savard said.

Crawley, who previously appeared on The Bachelor Season 18 and Bachelor in Paradise Season 2, said in an interview with Us Weekly that she was reconsidering her stance on weddings following her engagement.

"I get emotional talking about this, but I never thought I would have a wedding," she said. "Before my dad passed away, we had our own little father-daughter dance at home ... After that, the wedding wasn't important."

"It's a celebration of love. Who knows? I never thought it would happen for me. Even on the shows," she added. "So, it's not out of the picture for me."

Bachelor Winter Games produced three other couples, including winners Ashley Ianconetti and Kevin Wendt. Crawley and Beauséjour-Savard were the only pair to get engaged.