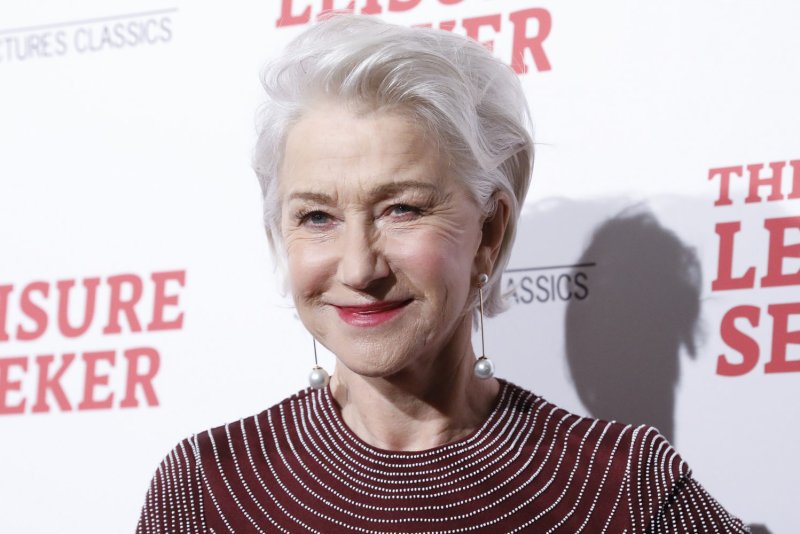 Helen Mirren took on James Corden in a new edition of Drop the Mic on the "Late Late Show." File Photo by John Angelillo/UPI | License Photo

The 72-year-old actress took the fight to the late night host by mocking his show, forms of comedy and by bringing up her history as a sex symbol in Hollywood.

"You stand out, but for games and banter / Other shows do comedy, you just pander / You thought you could beat me / Sorry, game over / I'll cook this beef, his wife and her lover / He's obsessed with my exes / Sorry, James, I'm not single / But you know I taught your little mister to tingle," Mirren rapped.

Corden would make a comeback in the third and final round where he declared himself a victor and proceeded to wear a crown.

"You're called British royalty / But clearly you're not / Even in Hollywood as a queen / Meghan Markle took your spot / You appeared in the last Fast and Furious without warning / You turned the whole franchise into very slow and boring," Corden said. "I'm sorry that I had to be the one to take you down / I just defeated a queen / Someone hand me my crown."

Mirren, in response, provided a profanity-laden diss towards Corden where she dismissed earlier lyrics about how she compares to Meryl Streep, Judi Dench and Maggie Smith.

"Compare me to Meryl, Judi, Maggie, but why? / They're not my competition / They're my ride or die / See, women are a force to be reckoned with / And I reckon I wrecked you / You've been to hell and back, [expletive]," Mirren said.

Mirren can next be seen in upcoming horror film Winchester which is set to arrive in theaters on Feb. 2.