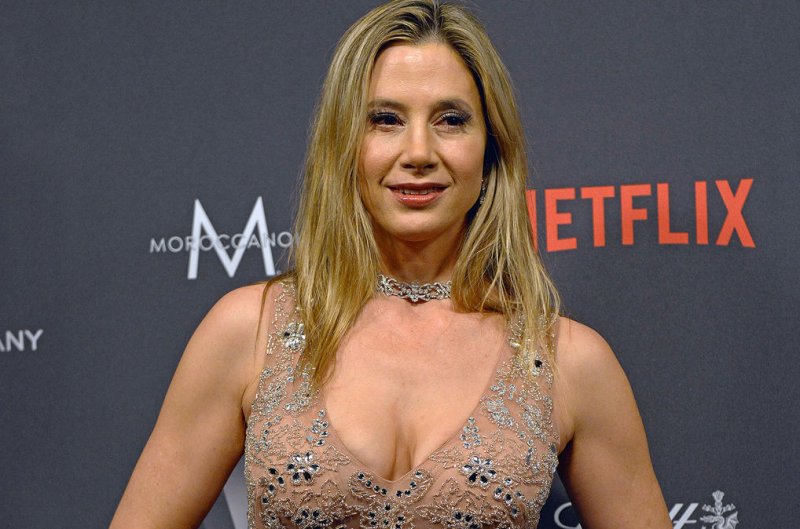 Sorvino will play Rebecca Stroud, an "NSA special agent who has come to investigate ArakNet, and will do whatever it takes to have ArakNet partner with the government," the streaming service said in a news release Sunday.

"Season 1 of StartUp centered on the world of cryptocurrency. In Season 2, the focus was on the cost of ambition and we watched as our three unexpected comrades crossed the line in order to get back what was taken from them," Crackle said. "In this upcoming season, those same three friends will be fighting it out for power in 10 explosive episodes and will be threatened by what might be the most dangerous criminal organization of all: the U.S. Government."

Sorvino is a Harvard graduate and an official ambassador for the United Nations on Human Trafficking. Her film credits include Mighty Aphrodite, Reservation Road, Quiz Show, Summer of Sam and Romy and Michelle's High School Reunion.

The actress made headlines last month when filmmaker Peter Jackson said powerful producer Harvey Weinstein told him while Jackson was pitching the Lord of the Rings movies in the late 1990s that Sorvino and Ashley Judd were a "nightmare to work with."

Judd and Sorvino are among the numerous women who have accused Weinstein of sexual harassment and abuse over the past few months.

"Just seeing this after I awoke, I burst out crying," Sorvino tweeted in response to Jackson's comments. "There it is, confirmation that Harvey Weinstein derailed my career, something I suspected but was unsure. Thank you Peter Jackson for being honest. I'm just heartsick."

TV // 20 hours ago
Cast calls 'Edge of History' series 'National Treasure' with normal people
NEW YORK, Feb. 7 (UPI) -- The stars of "National Treasure: Edge of History" say that, unlike the first two movies in the franchise, their Disney+ series follows the adventures of amateur puzzle-solvers instead of seasoned experts.