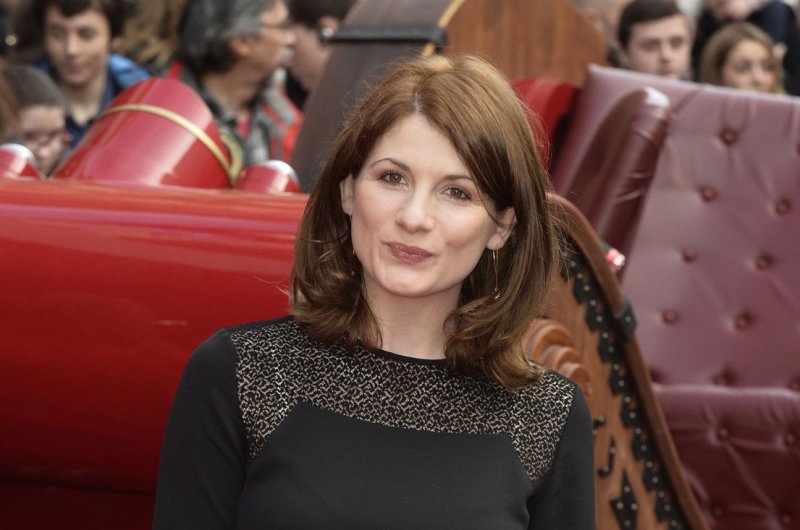 Jodie Whittaker will be seen as the new star of "Doctor Who," starting in the fall of 2018. File Photo by Paul Treadway/UPI | License Photo

Oct. 23 (UPI) -- Bradley Walsh, Tosin Cole, Sharon D. Clarke and Mandip Gill have joined the cast for the next season of the British sci-fi series Doctor Who.

Broadchurch alum Jodie Whittaker will play the Thirteenth Doctor, taking over for outgoing actor Peter Capaldi as the Twelfth Doctor. Whittaker is the first female to portray an incarnation of the iconic time-traveler.

"The new Doctor is going to need new friends. We're thrilled to welcome Mandip, Tosin and Bradley to the Doctor Who family. They're three of Britain's brightest talents and we can't wait to see them dive into brand new adventures with Jodie's Doctor. Alongside them, we're delighted that[previous guest star] Sharon D. Clarke is also joining the show," head writer and executive producer Chris Chibnall said in a statement Sunday.

"I remember watching William Hartnell as the first Doctor. Black and white made it very scary for a youngster like myself. I was petrified but even though I'd watch most of it from behind the sofa through my fingers, I became a fan. I then queued up for ages to get into the Carlton picture house in Watford to watch the great Peter Cushing appear as the Doctor in a full length feature-film made in glorious color. Am I thrilled to be part of this whole ground-breaking new dawn for the Doctor? Oh, yes!" Walsh added.