The former co-stars discussed the prospect ahead of the show's 10th anniversary.

Lively and Meester, who played Serena Van Der Woodsen and Blair Waldorf on The CW series, discussed the possibility of the show's return in an interview with Vanity Fair published Wednesday.

"Of course [I'd be interested]," Lively, 30, told the magazine. "I'm open to anything that's good, that's interesting, and that sort of feels necessary."

"I imagine we all would [consider it]," she added. "I can't speak for everyone else, but we all owe so much to this show, and I think that it would be silly not to acknowledge that."

Meester, 31, also expressed interest, but said the "timing" would have to be right.

Lively and Meester played Serena and Blair throughout Gossip Girl's six-season run from 2007 to 2012. Lively previously discussed the possibility of a reunion in an interview with Variety in April.

"Would I want to do seven years of the show? No, because it's hard work and I've got my babies, and I don't want to be away from them that much," the actress, who shares daughters James and Ines with husband Ryan Reynolds, said.

"I've just learned in life you never say never," she qualified. "I'm looking to do something that I haven't done yet, not something that I did. But would I do that? Who knows -- if it was good, if it made sense."

Gossip Girl co-starred Ed Westwick as Chuck Bass, Penn Badgley as Dan Humphrey and Chace Crawford as Nate Archibald. The series will celebrate the 10th anniversary of its premiere Sept. 19.

TV // 12 hours ago
Tony Hale to star in Hulu's 'Mysterious Benedict Society'
Feb. 27 (UPI) -- Emmy-winning actor Tony Hale has signed on to play a kindly genius and his evil twin brother in a new Hulu series. 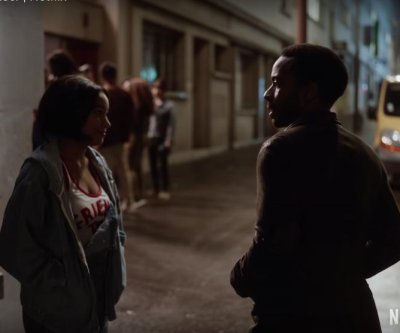 TV // 1 day ago
AEW Dynamite: Chris Jericho, Jon Moxley have weigh-in
Feb. 27 (UPI) -- AEW World Champion Chris Jericho and Jon Moxley had their official weigh-in on Dynamite ahead of their championship match at Revolution on Saturday.