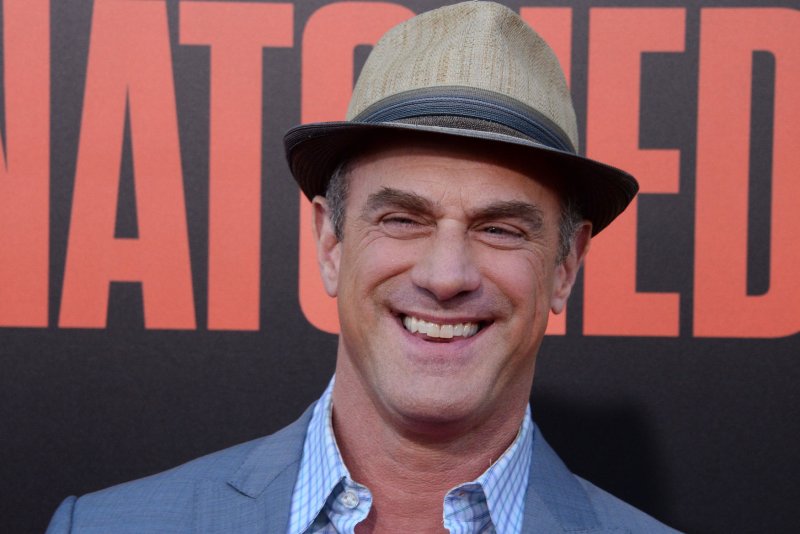 Cast member Christopher Meloni attends the premiere of "Snatched" in Los Angeles on May 10. Meloni is to star in the NBC series "Happy!" this fall. File Photo by Jim Ruymen/UPI | License Photo

Patton Oswalt appears backstage with his award for Best Comedy Album for "Talking for Clapping" during the 59th annual Grammy Awards in Los Angeles on February 12. File Photo by Christine Chew/UPI | License Photo

The show is based on Grant Morrison and Darick Robertson's graphic novel of the same name.

It features Patton Oswalt as the voice of the titular, imaginary, blue-winged horse.

Meloni's character is described in press notes as "an intoxicated, corrupt ex-cop turned hit man -- who is adrift in a world of casual murder, soulless sex and betrayal."

"If you're in Brooklyn and see me running around half naked, come say hi." @Chris_Meloni on shooting in New York. #HAPPY #SDCC pic.twitter.com/hafIzTWaCg

Ryan Gosling, Jay-Z booked for Season 43 premiere of 'SNL' Tina Fey to appear in Season 2 of NBC's 'Great News' Sylvester Stallone to guest star on 'This is Us' NBC renews 'Will & Grace' revival for another season