"Every one of the concepts under discussion is a prequel, rather than a sequel," the author said.

George R.R. Martin attends the Primetime Emmy Awards on September 20, 2015. The author said Sunday that there are five "successor shows" to "Game of Thrones" in development at HBO. File Photo by Jim Ruymen/UPI | License Photo

May 15 (UPI) -- George R.R. Martin is sharing new details about the Game of Thrones spinoffs.

The 68-year-old author said in a blog post Sunday that there are five "successor shows" with new characters in development at HBO. Game of Thrones, which will return for a seventh season in July, is based on Martin's A Song of Ice and Fire book series.

"For what it's worth, I don't especially like the term "spinoff," and I don't think it really applies to these new projects. What we're talking about are new stories set in the 'secondary universe' (to borrow Tolkien's term) of Westeros and the world beyond, the world I created for A Song of Ice and Fire," Martin clarified.

"None of these new shows will be 'spinning off' from GOT in the traditional sense. We are not talking Joey or AfterMASH or even Frazier or Lou Grant, where characters from one show continue on to another," he added.

"Every one of the concepts under discussion is a prequel, rather than a sequel," the writer explained. "Some may not even be set on Westeros. Rather than 'spinoff' or 'prequel,' however, I prefer the term 'successor show.' That's what I've been calling them."

Martin will work with Max Borenstein, Jane Goldman, Brian Helgeland, Carly Wray, and a fifth, secret writer, on the five successor shows. HBO has ordered pilot scripts for the projects, but has yet to greenlight pilot and series orders.

"I do think it's very unlikely that we'll be getting four (or five) series. At least not immediately," Martin said. "How many pilots will be filmed, and how many series might come out of that, remains to be seen."

"When the day comes that I've finished telling all my tales of Dunk & Egg, then we'll do a tv show about them... but that day is still a long ways off," the author said. 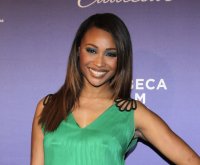 TV // 9 hours ago
Natalie Zea: 'La Brea' may be last chance to be action hero
LOS ANGELES, Sept. 28 (UPI) -- Natalie Zea describes her action heroics in the NBC series "La Brea," premiering Tuesday. Zea plays a mother who falls into a sinkhole on Wilshire Boulevard and lands in a primal world. 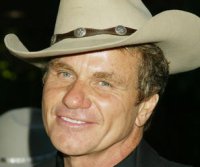 TV // 16 hours ago
Amazon 'The Boys' spinoff announces cast
Sept. 27 (UPI) -- Amazon Studios greenlit its spinoff to its series 'The Boys' on Monday and announced its cast. The spinoff will be set in a college for young superheroes. 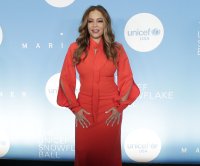