The actress and "This is Us" co-star Milo Ventimiglia presented Best Duo at the ceremony. 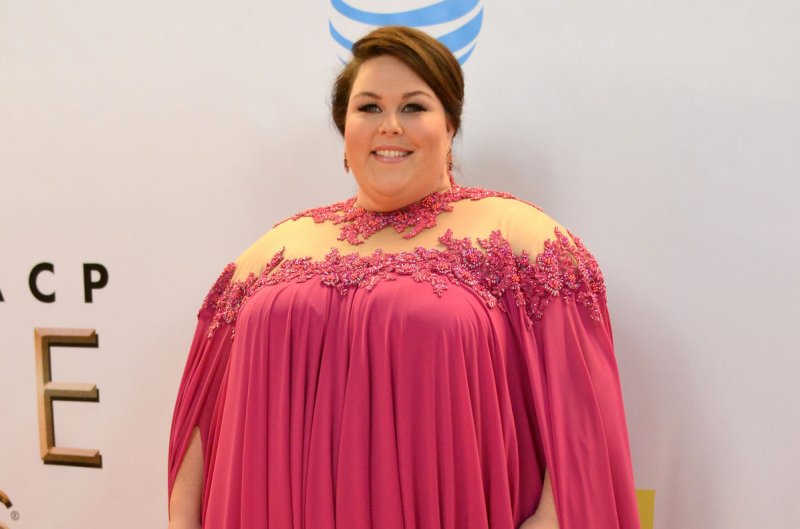 The 36-year-old actress responded to body shamers on Twitter after wearing a latex dress to the awards show in Los Angeles.

"For the record, I wear what I want, when I want. News flash it's MY body. #thankstho," she wrote.

Metz wore a knee-length burgundy dress with ruffled sleeves and a pleated skirt to the MTV event. She and her This is Us co-star Milo Ventimiglia presented Best Duo to Logan stars Hugh Jackman and Dafne Keen.

"Her body, her choices. (And not that it matters, but I think that dress is DOPE.) You go, @ChrissyMetz!" one fan tweeted in support.

Metz is best known for playing Kate Pearson, a personal assistant struggling with her weight, on This is Us. She told Harper's Bazaar in March that she takes the role and its impact on the audience very seriously.

"I'm on this journey to inspire people, and to encourage them," the star said. "We are all deserving of true happiness, so it's much more than just acting."

"If you can't love who you are right now, you can't get to the place you want to be," she added. "I'm paving the road for other women and men who know they're destined for greatness but they don't believe it yet."

RELATED On the red carpet at the MTV Movie & TV Awards

This is Us was nominated for four awards at the ceremony, and walked away with best Tearjerker moment. The NBC series co-stars Mandy Moore, Sterling K. Brown and Justin Hartley, and was renewed for a second season in January.