Jenner previously collaborated with sister Khloe Kardashian on a set of lip products.

Jenner, 19, and Kardashian, 36, went topless and sported identical looks in a promo for their KKW x Kylie makeup collection.

Jenner launched Kylie Cosmetics in 2016 following the success of her Kylie Lip Kits. She previously collaborated with sister Khloe Kardashian on the KoKo Kollection by Kylie Cosmetics, a set of lip products.

"The Koko Kollection. The first Kylie Cosmetics kollaboration. Can't wait for everyone to experience this gorgeous range of lip products created by @khloekardashian," the star announced in November.

Jenner will also stay busy with her Keeping Up with the Kardashians spinoff, The Life of Kylie. The new E! series will follow the star as she juggles her personal life, celebrity persona and cosmetics company.

"These past couple years have been such an incredible journey with the support of my fans," she said in a statement last week. "This show will allow me to give them a peek inside all of the exciting things I am working on."

TV // 5 hours ago
Chloë Grace Moretz says a third 'Kick-Ass' would 'have to be kind of perfect'
Dec. 8 (UPI) -- Chloë Grace Moretz discussed the possibility of making a third "Kick-Ass" movie while appearing on "The Tonight Show Starring Jimmy Fallon." 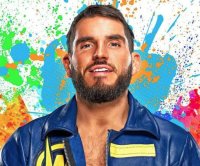 TV // 8 hours ago
WWE NXT: Johnny Gargano gives heartfelt message, Grayson Waller attacks
Dec. 8 (UPI) -- Johnny Gargano addressed NXT fans in what might might have been his final appearance on the brand he helped build on WWE "NXT." 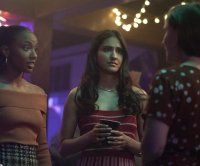