Taylor has starred on five seasons of "Vanderpump Rules," while Cartwright joined the series in Season 4. 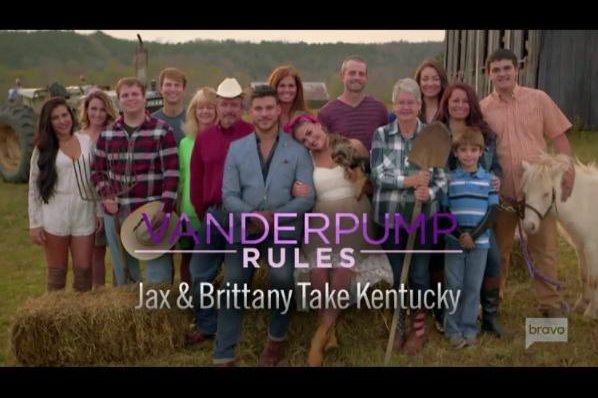 The reality TV couple will star on the new Bravo series Vanderpump Rules: Jax and Brittany Take Kentucky, the network confirmed in a press release Monday.

The new show will follow Taylor, 37, and Cartwright, 28, as they leave "the comfortable confines of Los Angeles" to spend time with Cartwright's family on their Kentucky farm.

"Welcome to Kentucky guys!! I am sooooo excited to finally announce that Jax & Brittany take Kentucky will be coming to @bravotv this summer!" Cartwright wrote on Instagram. "My family & friends are absolutely amazing and I am so excited for you to get to know them."

Vanderpump Rules aired Part 2 of its Season 5 reunion Monday. The episode showed Vanderpump address James Kennedy's future with her restaurant after firing the DJ over his drinking, according to E! News.

"I can't say [the door is] closed and I've watched him closely, and I've seen how he's progressing," the star said. "I needed to [fire him] because I needed him to grow up. I knew he wouldn't grow up if I was enabling him doing what he's doing."

"I think you should bring him back," Taylor chimed in. "Hell, I think he's [expletive] hilarious."