The pilot will center on a group of consultants who handle "the dirty work most professionals can't handle."

The 42-year-old actress will play a "brutally honest" consultant in the workplace comedy, which is based on the Aaron James book [Expletive]: A Theory.

The pilot will center on a group of consultants who handle "the dirty work most professionals can't handle: layoffs, downsizing, generally delivering horrible news," according to Deadline. Longoria's character, Axler, is "at war with her inner 'nice girl.'"

Type-A hails from Jason Winer and Lesley Wake Webster, an executive producer and writer on the CBS sitcom Life in Pieces. Winer will executive produce the new pilot with Webster, who will also write the script.

Longoria is known for playing Gabrielle Solis on Desperate Housewives and Ana Sofia Calderon on Telenovela, and will guest star on Empire in the spring. She celebrated her 42nd birthday with her family Wednesday.

"Nothing better than family on my birthday! #Disneyland," she captioned a photo on Instagram.

Nothing better than family on my birthday! #Disneyland

Demi Moore joins the cast of 'Empire' Chrissy Metz says she wants a 'This is Us' sex scene Kaley Cuoco's boyfriend gets close to her ex Johnny Galecki 'The O.C.' alums Rachel Bilson, Chris Carmack reunite 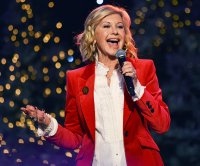 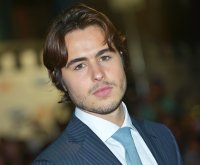