"It's amicable and mutual," a source said of the actress' split from Blake Jenner. 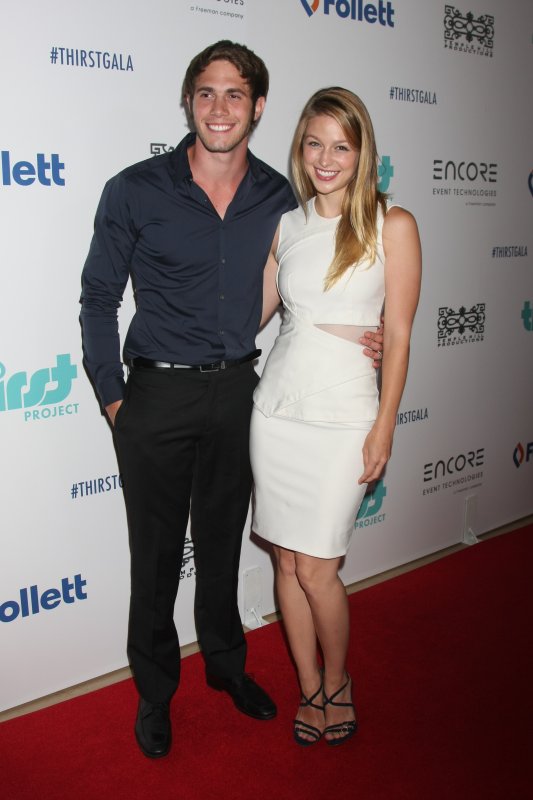 Melissa Benoist (L) and husband Blake Jenner at the Los Angeles premiere of "The Longest Ride" on April 6, 2015. File Photo by DFree/Shutterstock

The 28-year-old actress recently filed to end her marriage to husband and former Glee co-star Blake Jenner, according to TMZ.

TMZ said Benoist and Jenner married in 2013, although Us Weekly previously reported the couple had tied the knot in secret in spring 2015. The actress cited irreconcilable differences for the split, and reportedly doesn't want either herself or Jenner to receive spousal support.

"The distance was an issue, things weren't working," a source told Us Weekly of the breakup. "It's amicable and mutual."

Benoist and Jenner met on the set of Glee, where they co-starred as Marley Rose and Ryder Lynn from 2012 to 2014. Jenner later played Adam Foster on two episodes of Supergirl after Benoist landed the titular role.

"I love working with him," the actress gushed to People in March. "We only have fun working together. He's my person to act with. He's my favorite scene partner, always."

Benoist portrays Kara Danvers, aka Supergirl, on Supergirl, which airs Mondays at 8 p.m. ET on CBS. She and Jenner will both star in the new thriller Billy Boy, with Jenner also slated for the drama Sidney Hall with Michelle Monaghan.