"They're solid and in a good place," a source told the magazine. "They're both very happy with how things are going."

"[They're indeed] dating now," another insider added. "Amber falls in love all the time. She's a lover and loves to be in love."

Rose and Chmerkovksiy were first linked in October after getting cozy at Rose's 33rd birthday party, and celebrated Halloween together the same month. The pair were spotted holding hands Friday at Delilah restaurant in Los Angeles.

"[They were initially] just friends, but it's recently turned into more and they have been hooking up," a source told Us Weekly.

Rose and Chmerkovksiy appeared to confirm their romance Monday by sharing the same photo together on Instagram. Rose captioned her post with "Him" and a heart emoji, while Chmerkovskiy chose a rose emoji.

Rose was partnered with Chmerkovskiy's brother, Maksim Chmerkovksiy, on Dancing with the Stars, and finished in 10th place. Chmerkovksiy and his partner, gymnast Laurie Hernandez, ultimately won the competition. 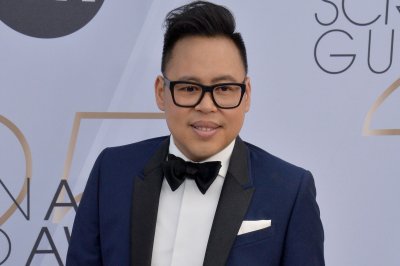