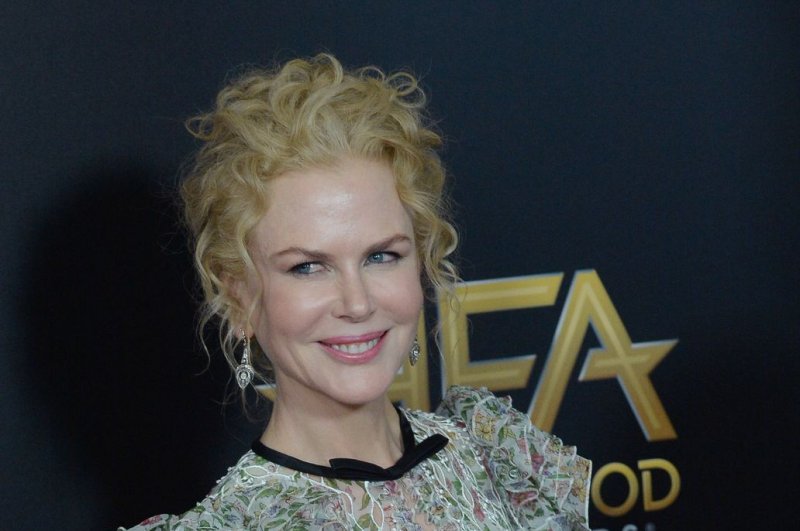 Actress Nicole Kidman attends the 20th annual Hollywood Film Awards on Nov. 6, 2016. Kidman recently appeared on "The Tonight Show" for another awkard interview with host Jimmy Fallon where she told him he missed out on a second opportunity for ask for his phone number. Photo by Jim Ruymen/UPI | License Photo

Jimmy Fallon arrives on the red carpet at NBC's Upfront Presentation at the Jacob Javitz Center in New York City on May 12, 2014. File Photo by John Angelillo/UPI | License Photo

NEW YORK, Nov. 18 (UPI) -- Nicole Kidman returned to The Tonight Show Thursday for another awkward interview with Jimmy Fallon and told him he missed a second chance to ask her out.

In a January 2015 appearance on the show, Kidman revealed she used to have a crush on Fallon and told a story about how the comedian missed an opportunity to ask her on a date.

Kidman returned to the late night talk show to discuss her new film, Lion, but instead told Fallon that he had another chance to ask for her number while the two were at a party at director David Fincher's house, but he didn't take it.

"It was a long time ago," Kidman revealed, saying the second encounter took place while Brad Pitt and Jennifer Aniston were still married. "You could have asked for my number then... and you still didn't ask for it!"

Fallon seemed embarrassed that he didn't remember the second opportunity either.

Kidman then surprised Fallon with an appearance by her husband, Keith Urban.