The show follows the adventures of the teenage superheroes of the DC Universe -- Nightwing, Robin, Aqualad, Kid Flash, Superboy, Miss Martian and a host of others.

Further details about the new season -- including premiere date and network partner -- will be announced at a later time, the studio said in a press release.

"The affection that fans have had for Young Justice, and their rallying cry for more episodes, has always resonated with us," Sam Register, president of Warner Bros. Animation and Warner Digital Series, said in a statement Monday. "We are excited to bring the show back for this loyal fan-base and to provide an opportunity for new viewers to discover this excellent series."

Producers Brandon Vietti and Greg Weisman have returned for the fresh episodes of the series.

TV // 1 day ago
Ryan Murphy's 'Hollywood' to premiere May 1 on Netflix
Feb. 20 (UPI) -- "Hollywood," starring Darren Criss, David Corenswet, Jeremy Pope and Patti LuPone, is coming to Netflix in May. 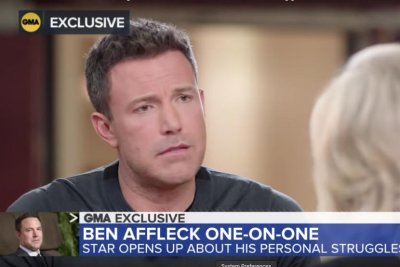