"When you hear from my mouth and I tell you 'No,' the answer's no," the star asserted.

Kim Zolciak at VH1 Divas on September 17, 2009. The television personality starred on Seasons 1 through 5 of "The Real Housewives of Atlanta." File Photo by Laura Cavanaugh/UPI | License Photo

NEW YORK, Sept. 14 (UPI) -- Kim Zolciak is setting the record straight on her rumored return to Real Housewives of Atlanta.

The 38-year-old television personality denied she'll appear on Season 9 after former co-star NeNe Leakes suggested last week that the mom-of-six is returning to the Bravo series.

"NeNe texted me last week and asked me, and I responded 'No.' And then two hours later she's telling everyone I'm going to be on," Zolciak told E! News at the New York premiere of Strut.

"When you hear from my mouth and I tell you 'No,' the answer's no. So don't go out there and say something different," she said. "I've not even been asked to be on this season, so I don't know. It's weird."

Leakes, who appeared as a guest in Season 8 after starring on Seasons 1 through 7, had told People Now she won't return for the new season. She then claimed Bravo approached Zolciak after her own deal fell through.

"I heard once they couldn't work their deal out with me, they went to Kim Zolciak," the 48-year-old television personality said. "They went to Kim to offer her the same thing, I suppose. I'm assuming she took it."

"Kim hadn't been around the show for a while. It's going to be odd having Kim back. But I think the fans would like to see her, though," she added.

Zolciak starred on Seasons 1 through 5 of Real Housewives of Atlanta and has not returned to the series since. She and her family instead star on Don't Be Tardy, which will return for a fifth season Wednesday on Bravo. 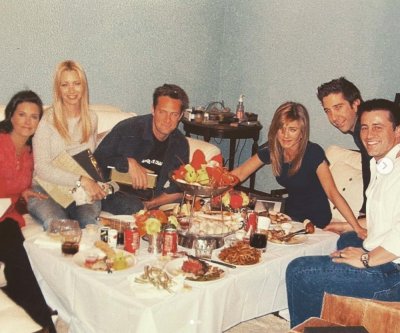 TV // 13 hours ago
Dan Levy says 'Schitt's Creek' is 'an expression of love'
Jan. 24 (UPI) -- "Schitt's Creek" star and co-creator Dan Levy expressed how proud he is of the show on "Watch What Happens Live with Andy Cohen" and how it felt to have billboards featuring two men kissing to promote the series.

TV // 14 hours ago
Sting on Las Vegas residency: 'I can create my world there'
Jan. 24 (UPI) -- Sting appeared on "Jimmy Kimmel Live" and discussed how excited he is for his upcoming Las Vegas residency as it will give the musician a personal space to perform in. 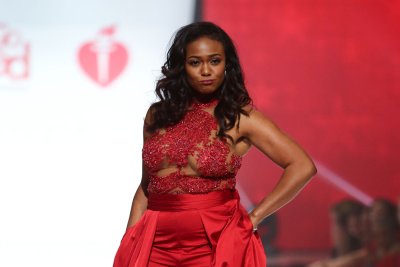