NEW YORK, Aug. 10 (UPI) -- NBCUniversal has secured the broadcast and cable network television rights in the United States to all of the films in J.K. Rowling's Wizarding World franchise through 2025.

The deal means starting July 1, 2018, all eight Harry Potter blockbusters and special content related to them may be screened across all NBCUniversal television networks, including USA Network and Syfy.

The agreement also includes the exclusive basic cable rights to the upcoming Fantastic Beasts and Where to Find Them movies, which are prequels to the Potter series.

"J.K. Rowling's Wizarding World has captured the imagination of fans of all ages, from all walks of life, all over the world... and I'm definitely one of them," Bonnie Hammer, chairman of NBCUniversal Cable Entertainment, said in a statement. "I'm thrilled that our networks will be the home for this brilliant storyteller's magical creations for years to come."

"We are pleased to bring one of the most successful and enduring global franchises to the networks of NBCUniversal," added Jeffrey R. Schlesinger, president of Warner Bros. Worldwide Television Distribution. "We feel this is a perfect new home for the Harry Potter films and the upcoming Fantastic Beasts films. Having all of these films in one place builds upon the existing relationship we already have with NBCUniversal and J.K. Rowling's Wizarding World, and creates many exciting new opportunities across multiple platforms for both our companies and the fans of this franchise." 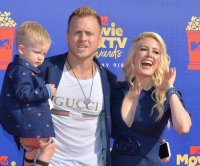