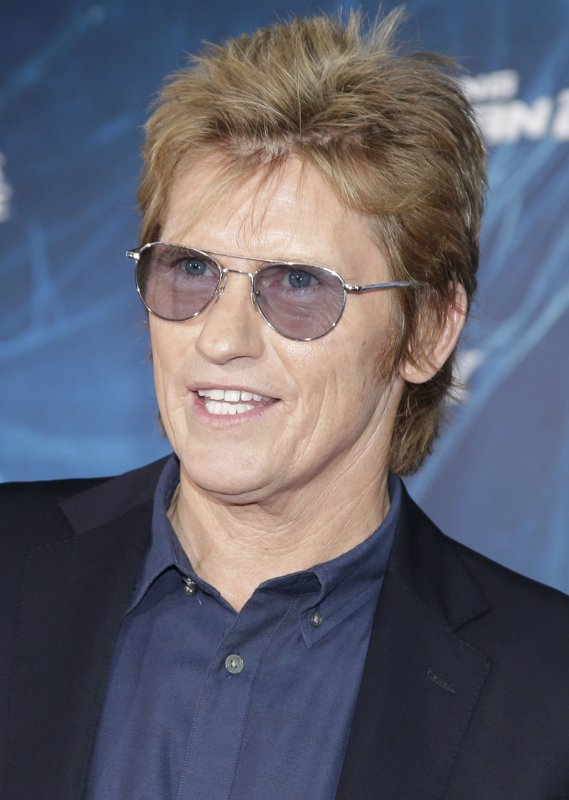 Denis Leary arrives on the red carpet at "The Amazing Spider-Man 2" premiere at the Ziegfeld Theater in New York City on April 24, 2014. The actor and comedian skewered Donald Trump on Wednesday's edition of "The Late Late Show with James Corden" File Photo by John Angelillo/UPI | License Photo

Because the entire word is not permitted to be uttered on network television, CBS -- home to Corden's Late Late Show -- bleeped out half of it and covered Leary's and Corden's mouths with animated American flags, all to hilarious effect.

"We've never said Mexicans are rapists on TV," Leary as Bill chimes in.

Lyrics include, "And I've never asked Russia to hack the USA or said that my daughter is someone I want to date." Another gem is: "He won't show his taxes. He won't even try. He's kicking out babies when they start to cry, while wearing a red, white and blue, Chinese tie!"

TV // 19 hours ago
Terry Crews on new marriage audiobook: 'You are stronger together'
April 15 (UPI) -- Terry Crews discussed his new audiobook on marriage titled "Stronger Together" that he created with his wife Rebecca King Crews while appearing on "Jimmy Kimmel Live."