The actress plays redheads in "Game of Thrones" and the "X-Men" universe.

Sophie Turner with red hair at the Glamour Women of the Year Awards on June 7. File Photo by Rune Hellestad/UPI | License Photo

Sophie Turner at the London premiere of "X-Men: Apocalypse" on May 9. File Photo by Rune Hellestad/UPI | License Photo

The 20-year-old English actress, who plays redhead Sansa Stark on the HBO series, debuted her new look on Instagram, writing, "I did a thing..."

Turner's post sent fans into a frenzy, with many comparing her tresses to Daenerys Targaryen's (Emilia Clarke) silvery hair. Some even speculated Sansa will be revealed as a Targaryen in Season 7.

"Maybe Jon isn't the real Targaryen. Maybe it's Sansa after all ... Makes you think huh?" one fan wrote. Jon Snow (Kit Harington) was revealed to be the son of Rhaegar Targaryen and Lyanna Stark in Season 6.

Turner had told Marie Claire in 2014 that she's a natural blonde who dyes her hair red to play Sansa. She discussed the role last week on The Hollywood Reporter's Awards Chatter podcast, saying she's "always" felt an affinity for the character.

"She's always been a part of me, so I can kind of slip into me and then slip into Sansa again," the actress shared.

Turner is also known for playing the fiery-haired Jean Grey in X-Men: Apocalypse. Game of Thrones will return for an abbreviated seventh season in summer 2017 and is confirmed to end after Season 8. 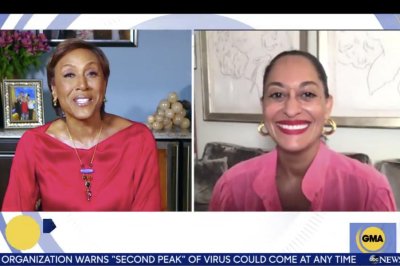