"American Horror Story" star Lady Gaga arrives on the red carpet at the Costume Institute Benefit at The Metropolitan Museum of Art celebrating the opening of Manus x Machina: Fashion in an Age of Technology in New York City on May 2, 2016. Gaga shared a series of teasers for Season 6 of the hit show on social media Wednesday. File Photo by John Angelillo/UPI | License Photo

Singer/actress Lady Gaga, winner of the award for Best Performance by an Actress in a Mini-Series or a Motion Picture Made for Television for "American Horror Story'" appears backstage during the 73rd annual Golden Globe Awards on January 10, 2016. File Photo by Jim Ruymen/UPI | License Photo

The clips orginally released on Snapchat Wednesday, have been gathered together into one video and posted onto Twitter by star Lady Gaga.

"Check out all of the new teasers revealed so far for American Horror Story Season 6!," the singer who won a Golden Globe for Best Performance by an Actress in a Mini-Series or a Motion Picture Made for Television for her role as Elizabeth Johnson, aka The Countess, on American Horror Story: Hotel.

The teasers include a series of dark vignettes that incorporate the new season's number 6 logo that is combined with a question mark.

Notably, one segment features a secluded farmhouse with black smoke that resembles the logo being pumped into the air as chainsaws and screams are heard, while another showcases a creepy crib in which the logo and a knife are seen dangling in front of an unseen baby. Another focuses on a staircase in which hands suddenly appear to grab a screaming female victim.

Check out all of the new teasers revealed so far for American Horror Story Season 6! #AHS6 pic.twitter.com/YroRSr8JN6

The release continues the mystery surrounding the next season of American Horror Story. So far, no plot details or information regarding the show's new setting have been officially confirmed.

Potentially, the number six and question mark logo relates to comments made by creator Ryan Murphy who stated in March, according to Deadline, "The interesting thing about the next season is that we've been working on two ideas at once, which we've never done." He also confirmed that stars Kathy Bates, Denis O'Hare, Angela Bassett, Sarah Paulson, Finn Wittrock, Wes Bentley, and Matt Bomer would be returning.

Gaga confirmed her involvement in the new season in March.

TV // 9 hours ago
James Dale: 'Hightown' drops Ray down emotional elevator shaft
Oct. 17 (UPI) -- James Badge Dale says Ray, the disgraced detective he portrays on "Hightown," will attempt to pick up the pieces of his shattered life and career when Season 2 debuts Sunday. 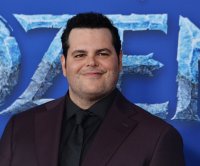