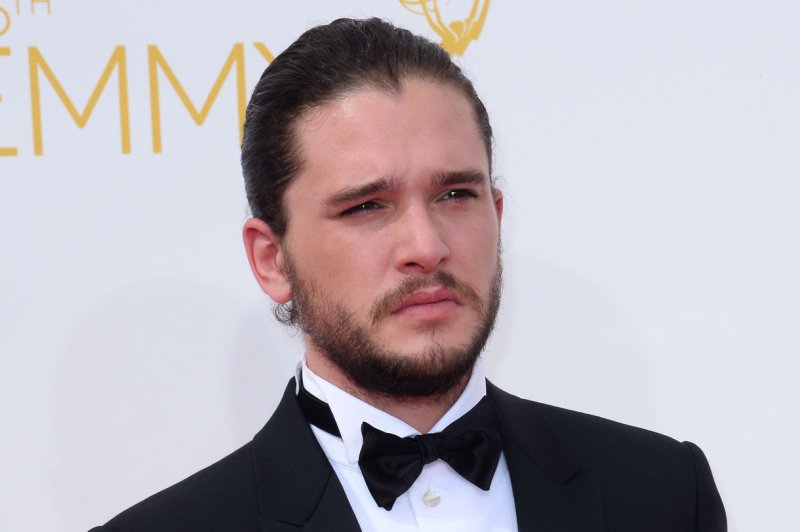 The cast and crew of "Game of Thrones," winners of the award for Outstanding Drama Series, pose at the 67th Primetime Emmy Awards on September 20, 2015. File Photo by Jim Ruymen/UPI | License Photo

The chart which explains how key players in Game of Thrones are related to each other, features Jon Snow situated at the bottom connected to Lyanna Stark, his mother, and Rhaegar Targaryen, his father.

This confirms what fans have theorized for years and makes Jon Snow [Kit Harington] the nephew of Daenerys Targaryen [Emilia Clarke].

The infographic comes after Game of Thrones' Season 6 finale which featured a flashback scene of Lyanna handing her brother Ned Stark her newly born child as she laid in her deathbed. While not outright stated, it was clear Lyanna was being presented as Jon Snow's mother.

As stated by Petyr Baelish [Aidan Gillen] in an earlier episode, Rhaegar had abducted Lyanna after she was promised to Robert Baratheon.

On Monday, Game of Thrones executive producers David Benioff and D.B. Weiss revealed their plans for the final two seasons of the hit drama, explaining that the series will wrap up in 13-15 more episodes.

"It's two more seasons we're talking about," Benioff said. "From pretty close to the beginning, we talked about doing this in 70-75 hours, and that's what we'll end up with. Call it 73 for now ... We've known the end for quite some time and we're hurtling towards it."

TV // 8 hours ago
'Brooklyn Nine-Nine' cast reminisce about past in Season 8 trailer
July 30 (UPI) -- Andy Samberg's Jake and Joe Lo Truglio's Charles look back on their friendship together in the new trailer for the eighth and final season of "Brooklyn Nine-Nine."

TV // 9 hours ago
Netflix renews 'Sweet Tooth' for Season 2
July 30 (UPI) -- Netflix said it has renewed its fantasy dramedy, "Sweet Tooth," for a second season, which will include eight, hour-long episodes.