The television personality is already mom to 22-month-old daughter Vale. 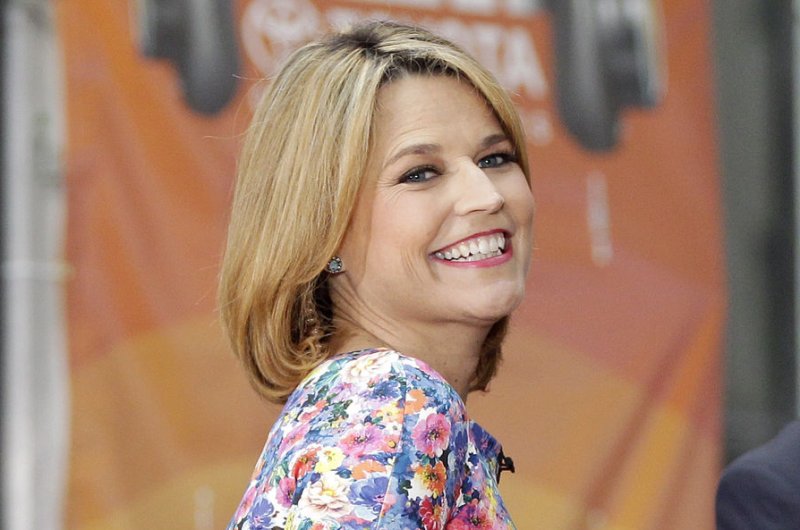 Savannah Guthrie on the "Today" show on May 23, 2014. The television personality is expecting her second child. File Photo by John Angelillo/UPI | License Photo

Savannah Guthrie (R) and Matt Lauer at the NBC Universal upfront on May 16. File Photo by John Angelillo/UPI | License Photo

"I am pregnant," the star revealed to the delight of her co-hosts, including Matt Lauer, Hoda Kotb and Al Roker. "Mike and I are so excited. We're expecting a baby in December ... We are so thrilled and excited."

Guthrie will miss covering the 2016 Summer Olympics in Rio due to concern over the Zika virus, which can cause birth defects. The television personality later reflected on her growing family in a blog post on the Today website.

"When Vale was born, our happiness was complete. The thought of getting to add to our family now is beyond every hope, dream and prayer I have ever had," she wrote. "It is not simply double the joy -- it is joy multiplied infinitely."

"I remember the feeling of profound gratitude and blessedness," the star recalled of her daughter's birth. "Now, thanks to God, we are getting that beautiful opportunity again."

"Are you pregnant?"
"Well yeah!"
The full video of @savannahguthrie's pregnancy reveal! https://t.co/hBJBNOF3nZ

Guthrie and Feldman have been together since 2009 and married in March 2014. The Today host described motherhood as "a magical time" in an April interview with People, calling Vale "the light of [her] life."