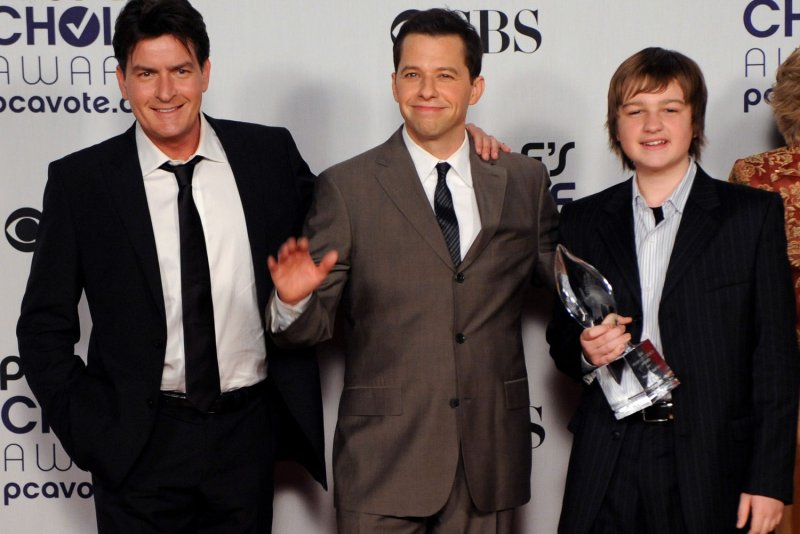 Charlie Sheen (L), Jon Cryer (C) and Angus T. Jones appear backstage with their award for Favorite TV Comedy for "Two and a Half Men" at the 35th annual People's Choice Awards in Los Angeles on January 7, 2009. Photo by Jim Ruymen/UPI | License Photo

LOS ANGELES, Jan. 21 (UPI) -- The stars of several of television's most famous comedy series are to participate in the two-hour special Must See TV: A Tribute to James Burrows.

The program honoring the beloved director is set to air Feb. 21.

"There is nobody with better TV comedy instincts than Jimmy Burrows, and because of his guiding hand these remarkable shows will be forever celebrated and stand the test of time," Paul Telegdy, president of alternative and late-night programming for NBC Entertainment, said in a statement. "The caliber of talent joining us to celebrate Jimmy's accomplishments is a testament to his imprint in television history."

Scheduled to take part are --

Jon Cryer and Charlie Sheen from Two and a Half Men