PBS to air documentary about the Broadway smash 'Hamilton'

PASADENA , Calif., Jan. 19 (UPI) -- PBS says it plans to air this fall a documentary about the creation of Lin-Manuel Miranda's Broadway phenomenon Hamilton, which is about Alexander Hamilton, one of the founding fathers of the United States.

Hamilton's America "combines interviews with experts and prominent personalities, new footage of the production in New York, and cast-led expeditions to D.C., Philadelphia and New York," a news release said.

"Audiences will sit with Miranda as he composes songs in Aaron Burr's Manhattan bedroom. They'll take a trip to Virginia with Chris Jackson -- the African American actor who portrays George Washington -- and watch him place a wreath on Washington's grave, as he discusses the difficulty of grappling with our founders' legacy of slavery. Back in New York, Miranda and Leslie Odom, Jr. -- who plays Aaron Burr -- visit the Museum of American Finance to get their hands on some 19th-century dueling pistols and stage a quick re-enactment."

"PBS is thrilled to give viewers an exclusive behind-the-scenes look at this sensational -- and sold-out -- Broadway musical," Beth Hoppe, chief programming executive and general manager of general audience programming at PBS, said in a statement Monday. "With this level of access to Lin-Manuel Miranda and his team, PBS continues to live up to our mission of giving viewers a backstage pass and a front-row seat to the arts."

"On behalf of the entire Hamilton cast and creative team, many of whom are In The Heights alumni, we are overjoyed to be returning to PBS in partnership with RadicalMedia with this project," added Miranda, the creator, writer and star of Hamilton. "We invited filmmaker Alex Horwitz into 'the room where it happened' a few years ago, and he's captured parts of this journey no one has seen. We can't wait to share it, thanks to PBS."

TV // 6 hours ago
Ringo Starr says he is 'amazed' that every generation gets into Beatles music
Sept. 24 (UPI) -- Ringo Starr discussed newer generations becoming fans of the Beatles and the upcoming "Get Back" documentary while appearing on "Jimmy Kimmel Live." 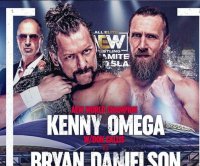