David Schwimmer arrives on the red carpet at the 2013 NBC Upfront Presentation in New York City on May 13, 2013. Photo by John Angelillo/UPI | License Photo

"In the 10 episodes, there are over 400 scenes that were written," Entertainment Weekly quoted executive producer Ryan Murphy as saying on the Television Critics Association's press tour in Pasadena on Saturday. "Of those 400 scenes, only four or five of them involve the Kardashian children. That gives you a grasp on how important we felt they were to the story."

Friends alum David Schwimmer plays Robert Kardashian in the series. Kardashian's claim to fame was helping to successfully defend Simpson against charges he brutally murdered his ex-wife Nicole Brown Simpson and her friend Ronald Goldman. The trial was nationally televised and dominated media headlines for much of 1994-95.

Kardashian and his wife Kris are the parents of Kim, Kourtney, Khloé, and Rob, who now have a reality television and social media empire. Robert Kardashian died of cancer in 2003 at the age of 59. 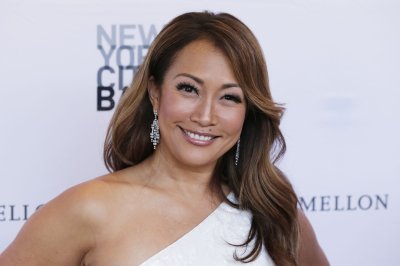