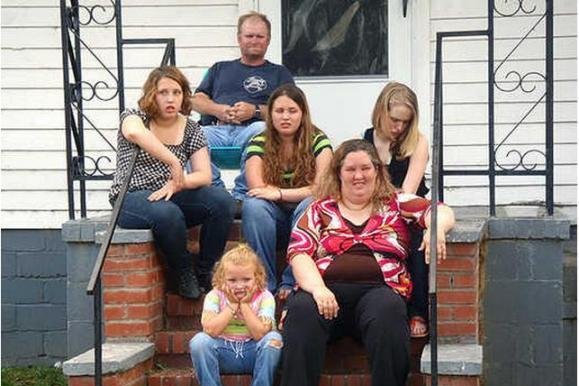 June Shannon, aka Mama June, with Mike Thompson, aka Sugar Bear, and her four daughters. Photo by TLC

The 35-year-old reality star, aka June Shannon, and her 43-year-old estranged partner, aka Mike Thompson, confirmed the news in an interview with People published Tuesday.

"It was our last resort," Shannon told the magazine. "I feel like he had cheated for quite some time, and I needed some answers. It was either you go here or we end our 11 years."

The reality star and Thompson share 10-year-old daughter Alana "Honey Boo Boo" Thompson, and separated in September 2014. Shannon was rumored to have rekindled her relationship with Mark McDaniel, a convicted sex offender, soon after.

"We're doing pretty good," she said of herself and Thompson. "We're getting along, but we still live in two separate households because we have to still work on things. We spend weekends together. It's a work in progress, and it's not going to happen overnight."

Shannon had announced her return to television in a Facebook post Saturday, telling fans, "We want you all to see the true side of all of us." Marriage Boot Camp: Reality Stars 4 will premiere Dec. 4 on WEtv, and also feature The Bachelor stars Sean Lowe and Catherine Giudici.