"It's really strange, this full-circle stuff that happens when you've been in a career this long," Rodriguez told UPI about adapting his 1996 movie Dusk Till Dawn as a television series. 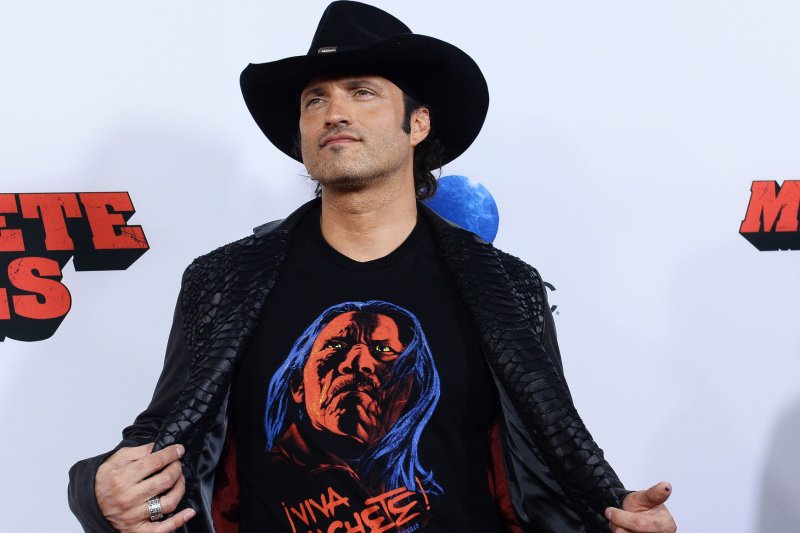 NEW YORK, Oct. 23 (UPI) -- Director-producer Robert Rodriguez admits he never expected his 1996 horror movie Dusk Till Dawn to have the incredible life it has.

"It was his first writing assignment, so somebody said, 'Can you write something to show off our special effects about some guys who go to a bar in Mexico and there's vampires there?' And he ended up writing and enjoying the characters he had created so much -- Seth and Richie -- that he delayed them getting to the bar as much as possible, so it made the movie impossible to get made because it was like half Desperate Hours and then the second half was suddenly, OK, a showcase for the special effects. It works really well that way. But that's kind of the accident that happens. But he's surprised to see that that thin script that he wrote could fuel a whole season and then now the characters can go on and live in Season 2 and completely go off in different directions just by re-telling it a different way, so not everybody died like in the movie."

So, how did Rodriguez feel about getting a second chance to re-create this world?

"It's great to go back and do it again because you get to do things right the second time, that you just kind of slept through the first time," the 47-year-old filmmaker replied. "The original script didn't have a temple, didn't have a snake dance. The Salma character was a completely different character. I wanted to cast Salma, so Quentin re-wrote it for her, but, still, she died right away and Quentin died right away and {Tom Savini's character] Sex Machine dies right away, so we wanted to keep all these characters going in the series. So, we built it for something that could last from season to season and that's really fun to do. For me, my crew, a lot of people who worked on the original Dusk Till Dawn, to show up and see the new bar rebuilt, it feels like you're in a time machine. It's really strange, this full-circle stuff that happens when you've been in a career this long. It's always interesting."

Rodriguez's film credits include El Mariachi, Desperado, Once Upon a Time in Mexico, The Faculty, Planet Terror and Machete, as well as the Spy Kids and Sin City franchises.

TV // 1 day ago
Toby Stephens: 'Alex Rider' is made for kids, but 'not patronizing'
NEW YORK, Dec. 3 (UPI) -- Toby Stephens says his young-adult spy thriller, "Alex Rider," out Friday on IMDB TV, is family entertainment that also smartly addresses some mature topics such as wealth, power, corruption, technology and addiction.