The documentary entitled Alcatraz: Search for the Truth aired Monday revealing new evidence that refutes previous claims the escapees drowned after they broke out of the prison in 1962.

The show featured relatives of the Anglin brothers, Ken Widner and David Anglin along with retired U.S. Marshals investigator Art Roderick. The two nephews were seen cooperating with investigators sharing with Roderick Christmas cards signed by their infamous uncles three years after the escape without postage on them.

A photograph also turned up of an older John and Clarence living out their freedom in Brazil. Although Roderick has become skeptical of the photograph, he called the latest revelations "a complete game changer," during the History channel special.

"When you work these types of cases there's a feeling you get when stuff starts to fall into place. I'm getting this feeling now," he said.

If John and Clarence had indeed survived, it would mark the only successful Alcatraz escape in the prison's 29-year history. The Florida bank robbers along with Morris made history after they managed to elude out of the facility through holes they had been digging for months using spoons and butter knives. The trio threw off prison guards by planting mannequin dummies in their cell beds.

Officials have always insisted that no one has successfully escaped from Alcatraz and that the escapees drowned after reaching the shore.

Last year however, Dutch researchers concluded that if the prisoners had left between 11 p.m. and midnight, they had a chance to survive the journey.

TV // 18 hours ago
'The Cuphead Show!' trailer teases fun, adventure in Netflix series
Jan. 18 (UPI) -- "The Cuphead Show!," a new animated series based on the video game "Cuphead," is coming to Netflix in February. 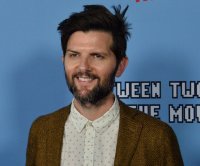