Lena Headey presents the award for outstanding miniseries during the Primetime Emmy Awards at the Nokia Theatre in Los Angeles on Aug. 25, 2014. Photo by Pat Benic/UPI | License Photo

Variety confirmed the casting news Saturday and reported that Davis will play an actress portraying the scheming, royal Cersei Lannister in a stage play called The Bloody Hand seen within the show.

The character of Cersai has been played by British actress Lena Headey on the medieval, fantasy drama series since Season 1.

Davis' film credits include The Babadook, The Girl with the Pearl Earring and two Matrix sequels.

Also joining Game of Thrones this season will be Ian McShane, Pilou Asbæk and Freddie Stroma. 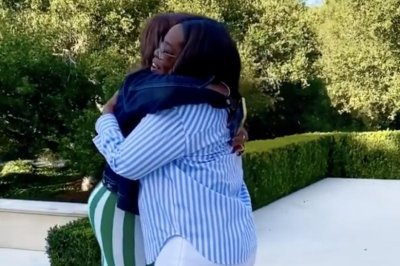