President Obama to appear on 'Letterman' for the last time Monday

President Barack Obama will appear Monday for the last time on the "Late Show with David Letterman." Photo by Kevin Dietsch/UPI | License Photo

NEW YORK, May 1 (UPI) -- President Barack Obama is to make his eighth and final visit to the Late Show with David Letterman Monday, CBS announced.

This will be Obama's third appearance as commander-in-chief. He last appeared on the broadcast Sept. 18, 2012, and prior to that on Sept. 21, 2009. As an Illinois senator, he appeared on the Late Show five times, beginning in 2004 and continuing through his 2008 presidential campaign.

First lady Michelle Obama was a guest on Thursday's show.

As previously announced, Letterman will retire as host of Late Show on May 20. Stephen Colbert will then take over.

TV // 14 hours ago
'Space Force' team tries to prove its worth in Season 2 trailer
Jan. 27 (UPI) -- "Space Force," a comedy-drama starring Steve Carell, John Malkovich and Ben Schwartz, will return for a second season on Netflix in February.

TV // 16 hours ago
Amy Schneider on 'Jeopardy' streak ending: 'Hard to be that sad'
Jan. 27 (UPI) -- Amy Schneider discussed her 40-game winning streak coming to an end on "Jeopardy!" while appearing on "Good Morning America." 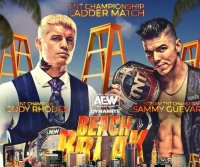