Eion Bailey to reprise Pinnochio on 'Once Upon a Time'

The actor portrayed the character on seasons one and two of the ABC series. 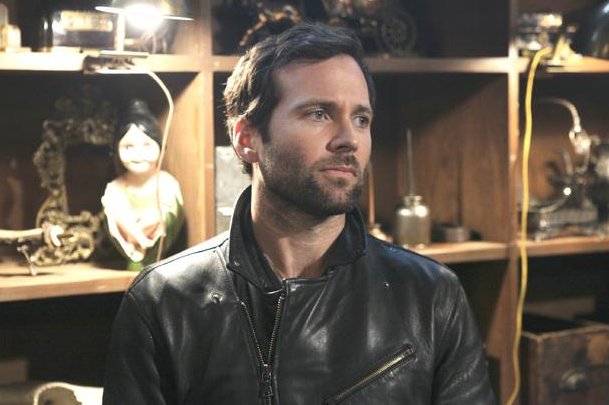 Eion Bailey as August Booth on 'Once Upon a Time.' ABC

LOS ANGELES, Dec. 19 (UPI) -- Eion Bailey will reprise August Booth on Once Upon a Time.

The 38-year-old actor first portrayed the character, aka Pinnochio, on season one of the ABC series. Season two saw Booth killed by Tamara (Sonequa Martin-Green), and returned to his seven-year-old form after being saved by the Blue Fairy (Keegan Connor Tracy).

Once Upon a Time debuted in 2011, and is in the midst of a fourth season. The drama follows a number of fairy tale characters transported to the "real" town of Storybrooke, Maine. Bailey will return as Booth on episode 14 in March 2015.

Bailey has appeared in such films as Fight Club, Center Stage and Almost Famous. He is known for portraying Pvt. David Kenyon Webster on HBO miniseries Band of Brothers, and also guest starred on series Covert Affairs, 30 Rock and Law & Order: Criminal Intent.

TV // 18 hours ago
Prince Harry and Meghan Markle tell their story in Netflix doc trailer
Dec. 5 (UPI) -- Netflix has released a new trailer for their "Harry & Meghan" documentary, which will air over two nights on the streamer.