CBS to air 'Stevie Wonder: Songs in the Key of Life' special in February

"Stevie Wonder is a beloved icon whose golden songbook remains one of America’s and music’s greatest treasures," says Neil Portnow, president and chief executive officer of The Recording Academy. 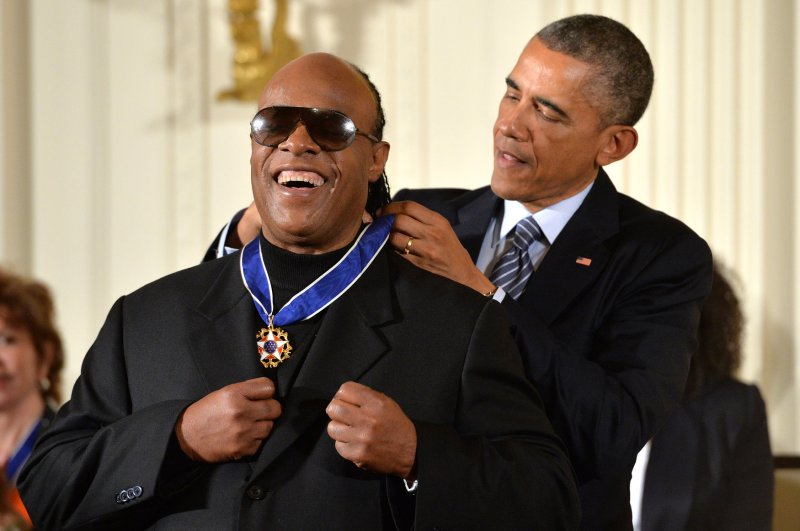 The 2-hour special will feature some of the biggest names in music performing songs made famous by the 64-year-old recording artist. The lineup will be announced at a later date.

"Stevie Wonder is a beloved icon whose golden songbook remains one of America's and music's greatest treasures," Neil Portnow, president and chief executive officer of The Recording Academy, said in a statement. "A 25-time Grammy winner and Recording Academy Lifetime Achievement Award recipient, it's only fitting that Music's Biggest Night celebrates this legendary musical genius and pays tribute to his enduring music and legacy."

"Some of my most memorable television experiences have been with my friend Stevie, both on the Grammys and off, and to be able to celebrate him in a way that only the Grammy stage allows is a treat that I've looked forward to for a long time," added executive producer Ken Ehrlich of AEG Ehrlich Ventures. "He is truly deserving of the term that is often used about him -- an American treasure -- and the night of Feb. 10, when we tape this show, is going to be an amazing time."

"Stevie Wonder epitomizes the very spirit of the Grammys. His music is as poignant as it is appealing and his songs have the ability to illustrate our world in every note," said Jack Sussman, executive vice president of specials, music and live events for CBS Entertainment. "We are thrilled to pay tribute to this legendary man and musician. His influence is present in so much of today's greatest music. This salute will give everyone he's inspired a chance to show our esteem."

The program is named for Wonder's seminal 1976 album, which the Library of Congress has preserved in the National Recording Registry. It features the classic songs "I Wish," "Sir Duke," "Another Star" and "Isn't She Lovely."