'Cuckoo's Calling' by J.K. Rowling to be adapted by the BBC

J.K. Rowling is the author of the "Harry Potter" blockbuster books.

Author J.K. Rowling in a June 2008 UPI file photo. Her book "Cuckoo's Calling" and its sequel are being adapted as a TV series by the BBC. | License Photo

LONDON, Dec. 11 (UPI) -- The Cuckoo's Calling, the crime novel J.K. Rowling penned under the pseudonym Robert Galbraith, and its sequel The Silkworm, are to be the basis for a new TV series, the BBC announced.

Rowling will collaborate on the project, with the number and length of episodes to be decided once the creative adaptation process has formally begun, the British broadcaster said.

This marks a continuation of the BBC's relationship with Rowling and Brontë Film and TV. Brontë is also making Rowling's The Casual Vacancy a three-part serial, which will be aired on BBC One in February.

"We're delighted to be bringing these best-selling novels to the screen and to be working once again alongside the BBC," Neil Blair, chair of Brontë, said in a statement Wednesday.

"It's a wonderful coup for BBC Television to be bringing J.K. Rowling's latest books to the screen. With the rich character of Cormoran Strike at their heart, these dramas will be event television across the world," added Danny Cohen, director of BBC Television.

Rowling settled a lawsuit last year against Russells Solicitors regarding the revelation of her pseudonym. Rowling sued Chris Gossage, a partner in the law firm, for revealing to a family friend Rowling had written The Cuckoo's Calling under the pen name Robert Galbraith.

The friend then posted the news in a Twitter exchange with a journalist and the story was picked up by media outlets around the world.

As part of the settlement, Gossage and the law firm have formally apologized for the leak, paid for Rowling's legal expenses and made a donation -- the amount of which was not disclosed -- to The Soldiers' Charity, formerly known as the Army Benevolent Fund.

Rowling said she wanted the money to go to the charity "partly as a thank you to the army people" who helped her with research for The Cuckoo's Calling.

TV // 13 hours ago
Anne Rice's 'The Mayfair Witches' coming to AMC in 2022
Dec. 1 (UPI) -- AMC announced Wednesday that it has greenlit a series based on Anne Rice's "The Mayfair Witches." This is the second series in AMC's Rice universe after their "Interview with the Vampire" adaptation. 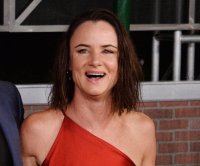 TV // 20 hours ago
Clayton Echard to star in Season 26 of 'The Bachelor'
Dec. 1 (UPI) -- Clayton Echard, a former "Bachelorette" suitor and medical salesman from Missouri, has signed on to star in the next edition of the ABC reality show, "The Bachelor." 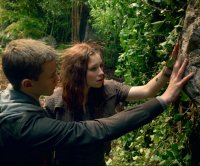