'Hot in Cleveland' canceled by TV Land after six seasons

Valerie Bertinelli (3rd-L) holds a replica plaque during an unveiling ceremony honoring her with the 2,476th star on the Hollywood Walk of Fame in Los Angeles on August 22, 2012. Joining Bertinelli from left are "Hot in Cleveland" co-stars Jane Leeves, Betty White, (Bertinelli) and Wendie Malick. UPI/Jim Ruymen | License Photo

LOS ANGELES, Nov. 18 (UPI) -- The current sixth season of Hot in Cleveland will be the sitcom's last, TV Land confirmed.

The cable network's first original scripted series stars Valerie Bertinelli, Jane Leeves and Wendie Malick as a trio of friends who discover they are considered much more glamorous in Cleveland than they are in their former age-obsessed hometown of Los Angeles. Betty White plays the caretaker of the home the women rent after their plane makes an emergency landing in Ohio.

"It's been an honor to work with Valerie Bertinelli, Jane Leeves, Wendie Malick and the incomparable Betty White, as well as our executive producers Suzanne Martin, Todd Milliner, Sean Hayes and the rest of our exceptional writers, production team and crew," TV Land President Larry W. Jones said in a statement Monday.

"The passion and talent they brought to the set each and every week over the past five years has put TV Land on the map as a network dedicated to quality original programming. We will continue to celebrate the show and are looking forward to a fantastic series finale."

TV // 13 hours ago
Michael Che won't censor HBO Max show for kids
April 19 (UPI) -- HBO Max released a teaser for "That Damn Michael Che" on Monday. In the teaser, Che jokes about letting kids see everything he presents on the show. 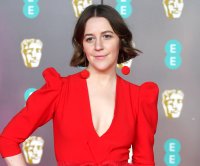