Jay Leno at the Carousel of Hope Ball presented by Mercedes-Benz at The Beverly Hilton Hotel in Beverly Hills, California on October 11, 2014. UPI/Jim Ruymen | License Photo

LOS ANGELES, Nov. 7 (UPI) -- Craig Ferguson has booked a galaxy of stars for his last few weeks as host of The Late Late Show, with Jay Leno to be the sole guest on his Dec. 19 finale.

Ferguson, 52, announced his plans last April to leave the program at the end of this year. The announcement came as the network chose Stephen Colbert to succeed retiring Late Show star David Letterman instead of Ferguson.

Ferguson has been the emcee of The Late Late Show since 2004. British comedian James Corden is to take over as host in March.

Leno left NBC's The Tonight Show in February after 22 years and was replaced by Jimmy Fallon. 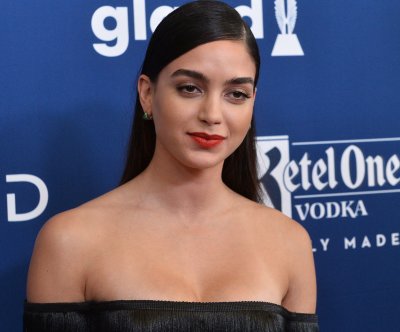 TV // 14 hours ago
Kate Chastain leaves 'Below Deck' after 6 seasons
Feb. 18 (UPI) -- Kate Chastain spoofed Prince Harry and Meghan Markle while announcing her departure from the Bravo series "Below Deck."