Kelly Reilly, Michael Irby, Abigail Spencer and Leven Rambin have been signed to appear in the second season of "True Detective.

Actor Michael Irby arrives on the red carpet for the premiere of the film "Unaccompanied Minors" at Grauman's Chinese Theater in Hollywood, California on December 2, 2006. (UPI Photo/David Silpa) | License Photo

Abigail Spencer, a cast member in the motion picture comedy "This Is Where I Leave You" attends the premiere of the film at TCL Chinese Theatre in the Hollywood section of Los Angeles on September 15, 2014. Storyline: When their father passes away, four grown siblings are forced to return to their childhood home and live under the same roof together for a week, along with their over-sharing mother and an assortment of spouses, exes and might-have-beens. UPI/Jim Ruymen | License Photo

Actress Leven Rambin attends the premiere of the sci-fi motion picture thriller "Elysium", at the Regency Village Theatre in the Westwood section of Los Angeles on August 7, 2013. Set in the year 2154, where the very wealthy live on a man-made space station while the rest of the population resides on a ruined Earth, a man takes on a mission that could bring equality to the polarized worlds. UPI/Jim Ruymen | License Photo

Cast member Vince Vaughn attends the premiere of the motion picture comedy "Delivery Man" at the El Capitan Theatre in the Hollywood section of Los Angeles on November 3, 2013. In the film, an affable underachiever (Vaughn) finds out he's fathered 533 children through anonymous donations to a fertility clinic 20 years ago. Now he must decide whether or not to come forward when 142 of them file a lawsuit to reveal his identity. UPI/Jim Ruymen | License Photo

The cable network announced the addition of several cast members for recurring roles on the second season of the thriller.

The first season of the show starred Woody Harrelson and Matthew McConaughey, but it follows an anthology format and will feature a cast of entirely new characters in Season 2.

Rachel McAdams is in talks to round out the cast as the third detective. 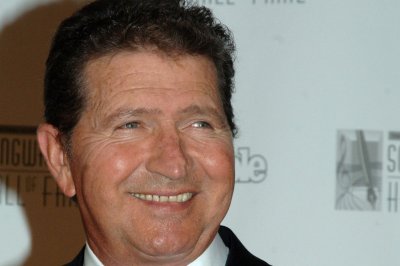