The comedy series will air on Pop, the network currently known as TVGN.

Actress Catherine O'Hara shows off her newly unveiled star as she is inducted into Canada's Walk of Fame at a ceremony at the Hummingbird Center in Toronto, Canada on June 9, 2007. (UPI Photo/Christine Chew) | License Photo

The 60-year-old actress will portray Moira, a soap opera star and wife to former video store mogul Johnny Rose (Levy). The couple are forced to move to the small town they once bought as a joke after they lose their millions in a Ponzi scheme.

Levy co-created the comedy with son Daniel Levy, who portrays his son David on the series. Annie Murphy also stars as the Roses' daughter Alexis, with Chris Elliott as the mayor of Schitt's Creek.

"This show answers the question, 'What would the Kardashians do if they woke up one day, completely broke?'" Pop entertainment president Brad Schwartz said in a statement. "It's a dream cast, it's hysterically funny and it's sure to pop."

"It took a very special project like Schitt's Creek to bring me back to television," Levy shared. "I'm thrilled to be reunited onscreen with my dear friend Catherine O'Hara and to have the opportunity to work with the wonderfully hilarious Chris Elliott, the up-and-coming Annie Murphy and my son Dan, who is amazingly talented and a great partner."

O'Hara and Levy have collaborated on a number of films, including Christopher Guest's Waiting for Guffman (1996), Best in Show (2000) and A Mighty Wind (2003). The actress last appeared in The Right Kind of Wrong, while Levy starred in Madea's Witness Protection.

Schitt's Creek will premiere in early 2015.

TV // 14 hours ago
Awkwafina embraces her 'awkward' years in 'Nora from Queens'
LOS ANGELES, Jan. 22 (UPI) -- Awkwafina, aka Nora Lum, shows what is was like for her growing up in her new sitcom, "Awkwafina Is Nora from Queens," which premieres Wednesday on Comedy Central. 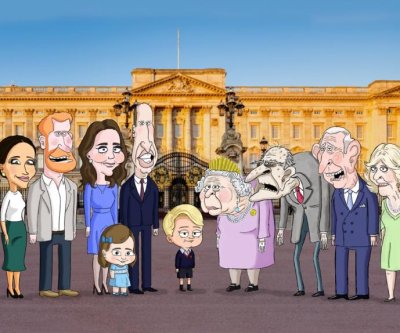