The railroad heiress has been married four times, most recently to Cooper's late father.

CNN's Anderson Cooper reports amid tornado debris in Moore, Oklahoma on May 22, 2013. A destructive tornado tore through the city on May 20. UPI/J.P. Wilson | License Photo

The 47-year-old journalist told host David Letterman his mother "hooked up" with stars such as Frank Sinatra and Marlon Brando. Cooper is the son of Vanderbilt and Wyatt Emory Cooper, and the conversation started after he denied Sinatra is his father.

"Although, my mom actually dated Frank Sinatra," he acknowledged. "My mom, who's now 90... she wrote this book all about the guys she hooked up with."

Vanderbilt was born the only child of railroad heir Reginald Claypoole Vanderbilt in 1924, and married her first husband, Pat DiCicco, in 1941. The couple divorced in 1945, and the heiress went on to marry Leopold Stokowski, Sidney Lumet and Cooper. She was involved with many other celebrities over the years, and detailed her love affairs in It Seemed Important at the Time: A Romance Memoir.

"My mom has no filter," Cooper related. "We were watching a movie when I was a kid -- I remember watching On the Waterfront with her, and I was like, 'Do you know Marlon Brando?' And she'd be like, 'Oh, yes.'"

"It turns out my mom and Carol Matthau, who become Walter Matthau's wife... both saw On the Waterfront or A Streetcar Named Desire together, and they both decided they wanted to hook up with Brando," he continued. "Carol was the first one to do it, and then she set it up for my mom."

Cooper listed actors Clark Gable and Errol Flynn as some of his mother's other lovers. Vanderbilt was most recently involved with photographer Gordon Parks until his death in 2006.

TV // 4 hours ago
Halsey performs Google translated songs on 'Tonight Show'
Jan. 23 (UPI) -- Halsey teamed up with Jimmy Fallon to perform popular songs that had their lyrics changed through Google translate on "The Tonight Show."

TV // 4 hours ago
Colin Farrell says 'The Batman' script is 'beautiful, dark'
Jan. 23 (UPI) -- Colin Farrell discussed on "Jimmy Kimmel Live" his role as The Penguin in "The Batman" and how much he enjoyed the script for the upcoming superhero movie. 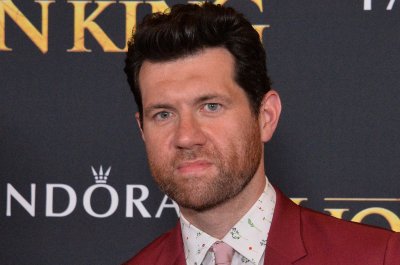