"I was instantly excited, followed by total panic," the actress said of the challenging role. 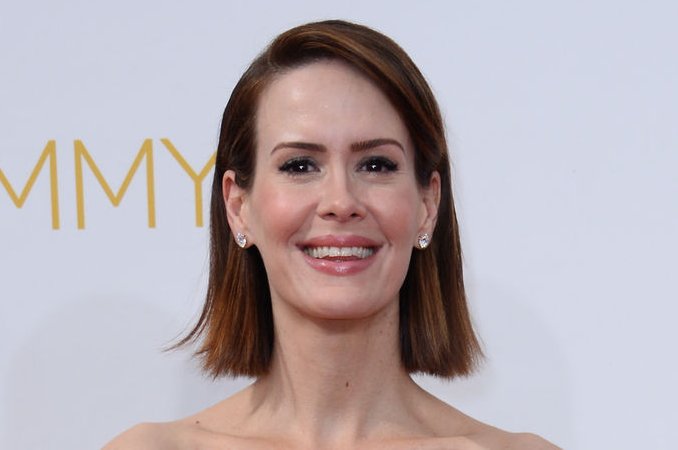 Actress Sarah Paulson arrives on the red carpet at the 86th Academy Awards at the Hollywood and Highland Center in the Hollywood section of Los Angeles on March 2, 2014. UPI/Jim Ruymen | License Photo

Actress Sarah Paulson arrives for the premiere of 'Martha Marcy May Marlene' at Ryerson Theatre during the Toronto International Film Festival in Toronto, Canada on September 11, 2011. UPI/Christine Chew | License Photo

Sarah Paulson, a cast member in the motion picture thriller "The Spirit", attends the premiere of the film at Grauman's Chinese Theatre in the Hollywood section of Los Angeles on December 17, 2008. (UPI Photo/Jim Ruymen) | License Photo

The 39-year-old actress has starred on three seasons of the FX series, and will portray conjoined twins Bette and Dot Tattler on season four, Freak Show. Paulson told USA Today she was excited when creator Ryan Murphy approached her about playing two characters, but admitted the nature of the role presented difficulties.

"I was instantly excited, followed by total panic," she recalled. "I was thinking about the excitement of playing two people with distinct personalities who shared a body -- just the acting challenge of that was very exciting to me. And then very quickly, I [asked] myself, 'How the hell are we going to pull this off?'"

"Basically, I would shoot a wide shot as Bette, then move to Dot, and then they would change the camera lens," she revealed. "I would shoot as Dot and then go back to Bette. That was very hard and made me feel like I was short-circuiting my brain, because I had to go back and forth between each girl and was unable to concentrate on one."

Paulson said she tried to keep her face "as still as possible" when portraying Dot, as the character is "not as welcoming of other people in the world" and less inclined to share her feelings. Bette, on the other hand, is "more expressive and warm," and craves social interaction and affection.