The streaming giant has ordered 26 30-minute episodes of the kids' science series that will begin to air in 2016. 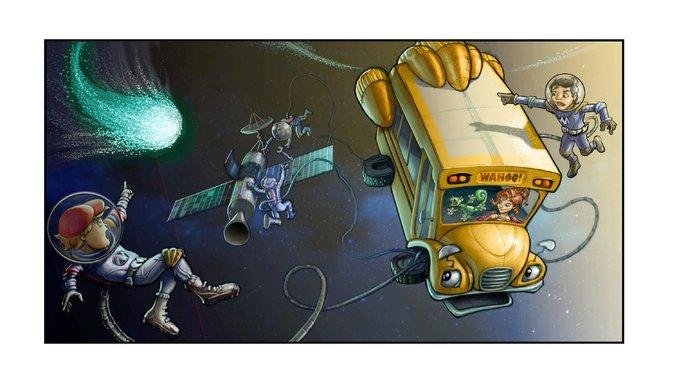 In a statement released by the streaming giant on Wednesday, the company said "The Magic School Bus 360° will be a dynamic reimagining of the show that revolutionized kids television starting in the 1990s."

The show will feature "a modernized Ms. Frizzle and her class along with an inventive high-tech bus that invites children on high-flying hijinks that introduce the incredible world of science." The series is expected to feature the latest tech innovations and showcase all fields of science in a way that it encourages young children to "think critically and creatively to answer questions and solve problems."

The new series will use computer animations for its characters and landscapes. Netflix has ordered 26 30-minute episodes that will begin to air in 2016.

The Magic School Bus is the longest running kids' science series in history. The show ran for 18 consecutive years and was broadcast in more than 39 countries earning it more than 100 awards including an Emmy and a National Education award.

News of the reboot comes a year after Netflix acquired the rights to other Scholastic series, including the original Magic School Bus, Clifford the Big Red Dog and Goosebumps.