NEW YORK, March 8 (UPI) -- Sheila MacRae, a U.S. musical star and one of several actresses to play Alice Kramden on "The Honeymooners," has died. She was 93.

MacRae died Thursday, Variety reported. She had been living at the Lillian Booth Actors Home in Englewood, N.J.

Born Sheila Margaret Stephens in London, MacRae moved to New York shortly before the beginning of World War II. She married Gordon MacRae in 1941 and appeared with him in a number of musicals, including "Bells Are Ringing" and a revival of "Guys and Dolls" on Broadway.

MacRae played Jackie Gleason's wife on "The Honeymooners" from 1967 to 1970, when the series aired as a segment on "The Jackie Gleason Show" on CBS. She replaced Audrey Meadows, who was Alice during what is considered the show's classic era.

MacRae also appeared in a number of movies and guest-starred on TV shows ranging from "The Man from U.N.C.L.E." to "Murder She Wrote." She was Madelyn Richmond on the soap opera "General Hospital" and briefly starred in "The Sheila MacRae Show.'

Gordon and Sheila MacRae divorced in 1967. MacRae is survived by two daughters who followed her into acting and by two sons. 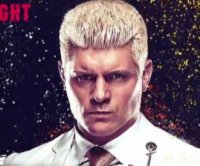 TV // 22 hours ago
Anne Rice's 'The Mayfair Witches' coming to AMC in 2022
Dec. 1 (UPI) -- AMC announced Wednesday that it has greenlit a series based on Anne Rice's "The Mayfair Witches." This is the second series in AMC's Rice universe after their "Interview with the Vampire" adaptation.