"Gravity" and "American Hustle" go into Sunday's Oscar race in Los Angeles with 10 nods apiece, while "12 Years a Slave" is close behind with nine nominations.

All three films will compete in the Best Picture race along with "Captain Phillips," "Dallas Buyers Club," "Her," "Nebraska," "Philomena" and "The Wolf of Wall Street."

Vying for the Best Director Oscar are David O. Russell for "American Hustle," Alfonso Cuaron for "Gravity," Alexander Payne for "Nebraska," Steve McQueen for "12 Years a Slave" and Martin Scorsese for "The Wolf of Wall Street."

In the running for Best Actor are Christian Bale for "American Hustle," Bruce Dern for "Nebraska," Leonardo DiCaprio for "The Wolf of Wall Street," Chiwetel Ejiofor for "12 Years a Slave" and Matthew McConaughey for "Dallas Buyers Club."

Up for Best Supporting Actor are Barkhad Abdi for "Captain Phillips," Bradley Cooper for "American Hustle," Michael Fassbender for "12 Years a Slave," Jonah Hill for "The Wolf of Wall Street" and Jared Leto for "Dallas Buyers Club."

Up for Best Adapted Screenplay are "Before Midnight," "Captain Phillips," "Philomena," "12 Years a Slave" and "The Wolf of Wall Street."

Nominated for Best Animated Feature Film are "The Croods," "Despicable Me 2," "Ernest & Celestine," "Frozen" and "The Wind Rises."

Ellen DeGeneres is to serve as the host of the event for a second time. The telecast will air live on ABC.

Jennifer Lawrence, Anne Hathaway, Daniel Day-Lewis and Christoph Waltz -- the winners of the 2013 acting Oscars -- will help introduce nominees and hand out statuettes this year.

The evening is expected to feature performances by Idina Menzel, Bette Midler, P!nk, U2 and Pharrell Williams. 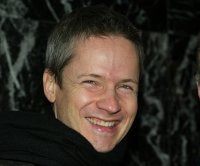 TV // 12 hours ago
Michael Che won't censor HBO Max show for kids
April 19 (UPI) -- HBO Max released a teaser for "That Damn Michael Che" on Monday. In the teaser, Che jokes about letting kids see everything he presents on the show.