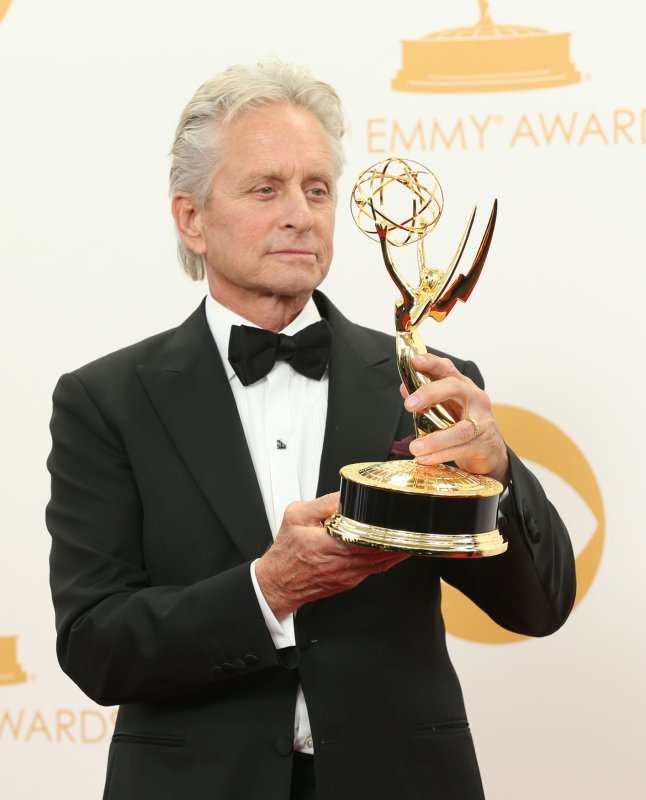 Actor Michael Douglas holds the award he won for "Outstanding Lead Actor in a Miniseries or a Movie - Behind The Candelabra" at the 65th Primetime Emmy Awards at Nokia Theatre in Los Angeles on September 22, 2013. UPI/Danny Moloshok | License Photo

Michael Douglas, who played the flamboyant music icon in the film, was named Best Actor in a TV Movie or Miniseries.

"The only reason you're not here is because I had more sequins," Douglas joked with Damon, who was sitting in the audience.

Among the other people Douglas thanked in his speech were the movie's director Steven Soderbergh, with whom he previously worked on the film "Traffic," as well as his wife, Catherine Zeta-Jones, and their two children.