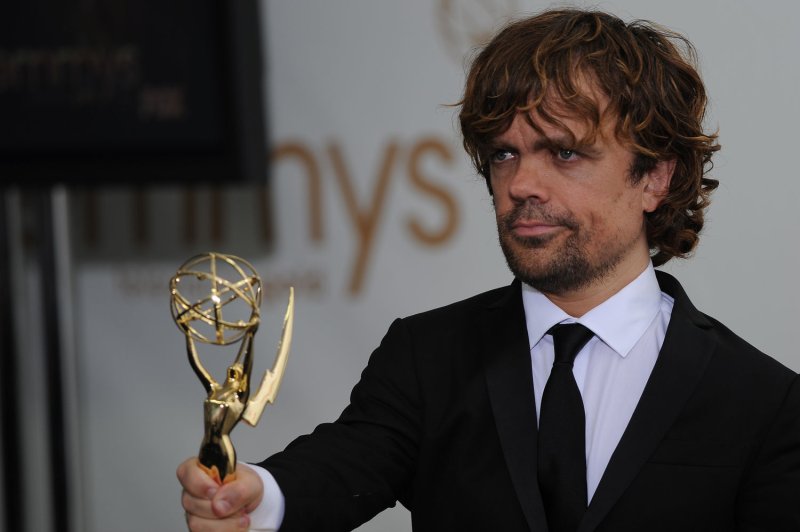 Peter Dinklage holds his award for Best Supporting Actor in a Drama Series for "Game of Thrones" at the 63rd Primetime Emmy Awards at the Nokia Theatre in Los Angeles on September 18, 2011. UPI/Jayne Kamin Oncea | License Photo

Coming in at No. 2 on the list of shows most frequently illegally downloaded is "Breaking Bad," followed by "The Walking Dead" at No. 3, "The Big Bang Theory" at No. 4 and "Dexter" at No. 5.