Kirstie Alley arrives at the premiere of "The Runaways" at the Landmark Sunshine Cinema in New York City on March 17, 2010. UPI/John Angelillo | License Photo

EW.com said Travolta will play a stagehand for a Broadway show in which Alley's character Maddie stars. He is to tape his role this month.

"I'm excited about working with Kirstie again, in addition to such terrific talent on the show," Travolta said in a statement. "It's always a treat to be surrounded by people you respect so much both personally and professionally."

Co-starring Rhea Pelman and Michael Richards, the series is to premiere Dec. 4.

Travolta and Alley, who are both devotees of the Church of Scientology, starred in three "Look Who's Talking" movies in the 1980s and '90s. Travolta was also seen supporting Alley from the audience when she recently competed on "Dancing with the Stars." 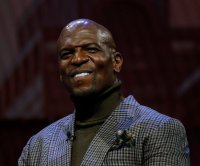